Home Crypto Bitcoin (BTC) Left Critical Level Behind! Here are the Next Levels in... 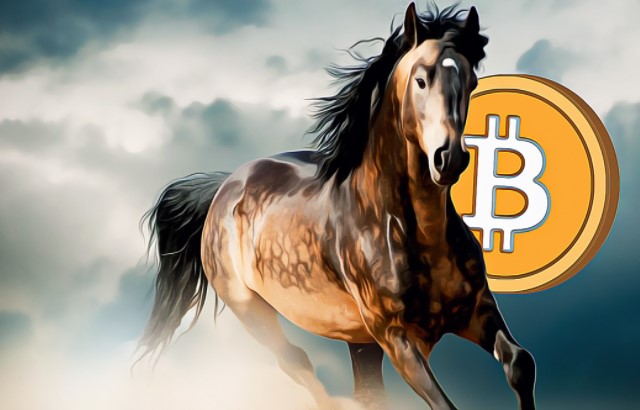 Leading cryptocurrency Bitcoin started a fresh increase above the $50,000 resistance against the US Dollar in the evening yesterday. Also, looking at the BTC chart, it seems that the popular cryptocurrency is showing positive signs. Therefore, Bitcoin can continue its increase and aim higher. Here are the expected levels in Bitcoin;

The price is trading well above $50,000 and the 100 hourly simple moving average.

A key bearish channel was breached with resistance near $48,800 on the hourly chart of the BTC/USD pair.

The pair could correct the dip, but dips might be limited below the $50,000 zone.

Bitcoin (BCT), the largest cryptocurrency in terms of market cap, formed a base with the sharp drops in the past few days and started a new increase above the $48,000 level. So much so that BTC gained momentum for a move above the $48,200 level and the 100 hourly simple moving average yesterday evening.

Besides, there was a break above a key bearish channel with resistance near $48,800 on the hourly chart of the BTC/USD pair, with the pair rising above the $50,000 resistance zone to move into a positive zone.

However, with the recent increase in Bitcoin, the price managed to rise to the level of $ 51,500. However, the price later pulled back a bit and is currently consolidating gains.

The leading cryptocurrency is currently trading well above $50,000 and the 100 hourly simple moving average. Therefore, the critical support and resistance levels to follow in BTC are as follows;

An initial resistance on the upside is near the $51,500 level. The next key resistance is forming around $52,000. Therefore, a clear move above the $52,000 resistance zone in bitcoin could push the price higher and the next stop for the bulls is likely near the $53,200 level.

Is a Drop Expected in BTC?

However, if the expected situation does not materialize and the price fails to break past the $51,500 resistance zone, Bitcoin could initiate a downside correction. An initial support on the downside is near the $50,700 level, while the first major support is forming around $50,000.

Therefore, a downside break in Bitcoin below the $50,000 level could increase selling pressure in the near term. In the stated case, the price may perhaps even slide back down to the $48,800 support zone.

Hourly MACD – The MACD is slowly losing momentum in the bullish zone.

Hourly RSI (Relative Strength Index) – The RSI for BTC/USD is well above the 50 level.

Analysts: Shiba Inu May Explode With This News!

Elon Musk Criticizes Metaverse And Says Neuralink Will Be Better