Since the beginning of November, BTC has risen by more than $ 2,000. BTC is still on the rise, according to market experts, although the rally is currently undergoing a slight disruption and efforts to consolidate at $ 16,000.

Analyst Josh Rager pointed out the technical levels to be followed for Bitcoin with the graphics he shared on Twitter. Comparing the current BTC table with the performance in 2017-2018, Rager emphasized that there may be a decline before the rise, just as it was then.

When the charts shared by Rager are examined, it is observed that the BTC price encountered resistance at $ 16,173, $ 16,600 and $ 17,150 while it recovered in 2017. Analyst Rager underlined that after these resistances are overcome, there is nothing to stop Bitcoin between $ 17,149 and $ 19,000, and stated that if the date repeats, this may happen for Bitcoin in the near future.

The market is overheating

Some market analysts also underline that the big rise of over 50% that Bitcoin has shown in the last 30 days has heated the market. Evidence of this is the alarming rise in the index of fear and greed, approaching record levels in 2017.

See Also
The Likelihood of Bitcoin Going to $ 20K Doubled

At this point, analysts suggest that Bitcoin may face a decline in the short to medium term. Credible Crypto, one of these analysts, said that the hedge zone for BTC is $ 16,490, and a decline of up to $ 14,300 is possible. According to the analyst, the price may decline to $ 12,500 with Bitcoin breaking down and not holding on to the $ 14,000 barrage.

“Don’t get excited. A reminder of where we are now: (BTC) may withdraw very soon. ” 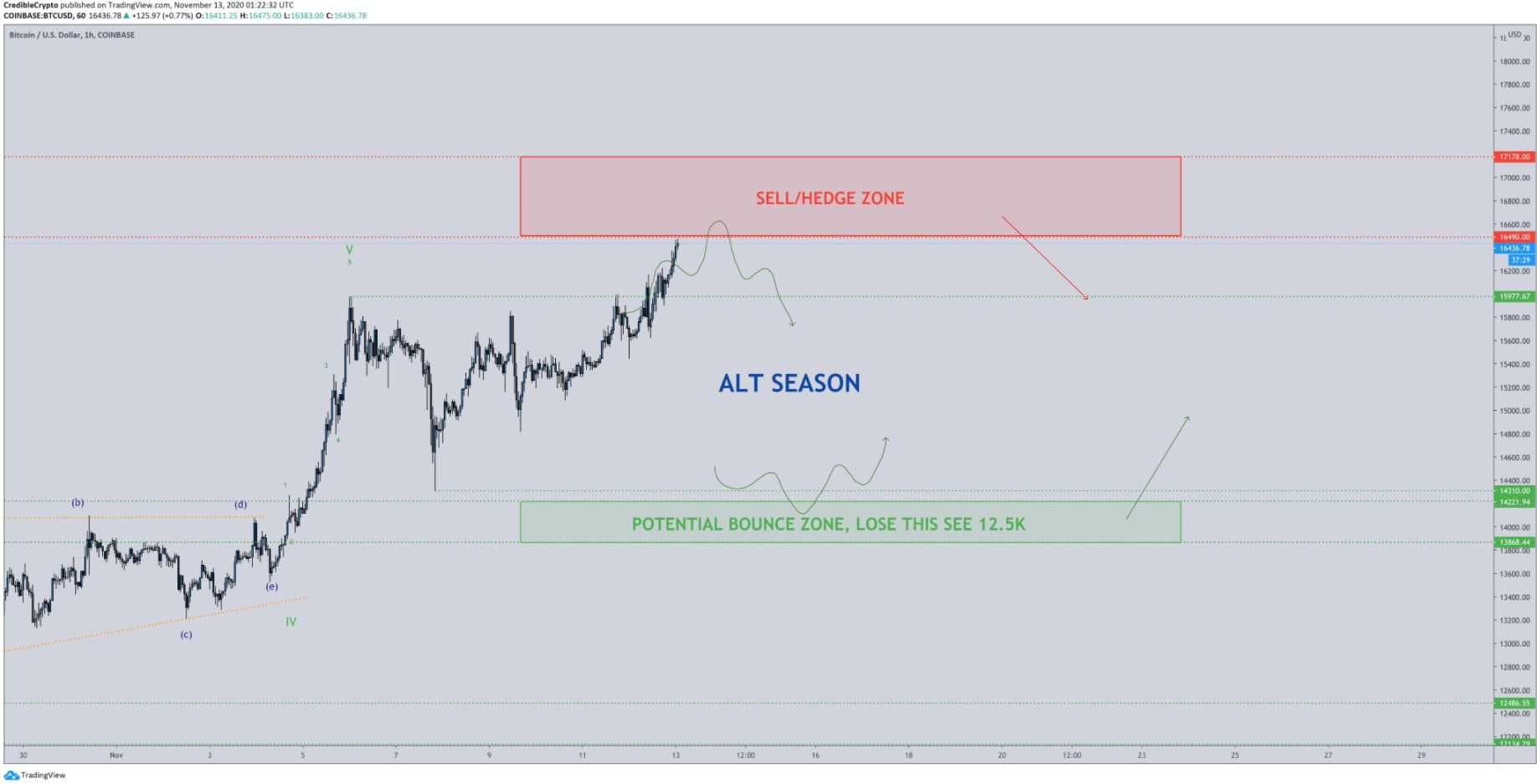 Danny Ocean Will Act In Madrid and Barcelona For The First...

Suicide Squad: to be linked to Rocksteady’s Arkham trilogy