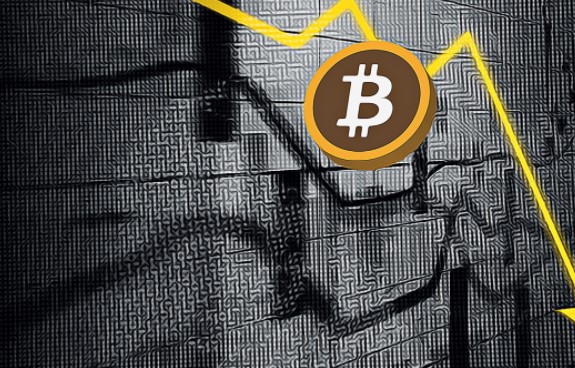 You can say how much more loss will be experienced, just like those who made similar comments at the $ 61,000 level. In the previous decline period, Bitcoin was gradually withdrawn from $ 63,000 and its interim rises always gave rise to a return hope. Where did we open our eyes afterwards? Just at $28,000 and when that day came, it was being discussed whether $20,000 would be a good support, but Bitcoin returned to $69,000 again and today we are experiencing deja vu again.

The pattern emerged as Bitcoin had a rough ride in the previous two months, dropping over 40% from the record high of $69,000.

Previous death crosses have been insignificant for Bitcoin over the past two years. For example, a 50-200-day EMA bearish crossover in March 2020 occurred after the BTC price slumped from around $9,000 to below $4,000 and turned out to be much delayed than the forecast.

Additionally, it failed to prevent Bitcoin from surging to $29,000 by the end of 2020, as the chart below shows. Similarly, a more lagging and less predictive death cross occurred on the Bitcoin daily charts in July 2021 (as in March 2020). Its formation did not lead to a large sale. Instead, the price of BTC only consolidated horizontally before surging to $69,000 by November 2021.

However, as mentioned above, there was a bit of good news in both cases that may have limited the model’s effects on the Bitcoin market.

For example, the Bitcoin price recovery in July 2021 largely came after rumors that Amazon would start accepting cryptocurrencies for payments. Similarly, Bitcoin has rebounded sharply from levels below $4,000 in March 2020, especially after the US Federal Reserve announced loose monetary policies to contain it after the stock market crash due to the coronavirus pandemic.

But it looks like death cross will manage to shed blood this time. Bitcoin’s recent decline reflected growing investor concern over the Fed’s decision to aggressively loosen loose monetary policies, including the reversal of a $120 billion-a-month asset-buying program in 2022, followed by three rate hikes.

“We see what Bitcoin is doing after the moves of the FED. This is proof that Bitcoin behaves like a risk asset.”

As a result, the overall drop in cash liquidity coupled with the death cross formation could trigger further selling in the Bitcoin market. However, this is only true as long as BTC price does not bounce off the support level near $40,000, which is the 0.382 Fib line shown in the chart below.