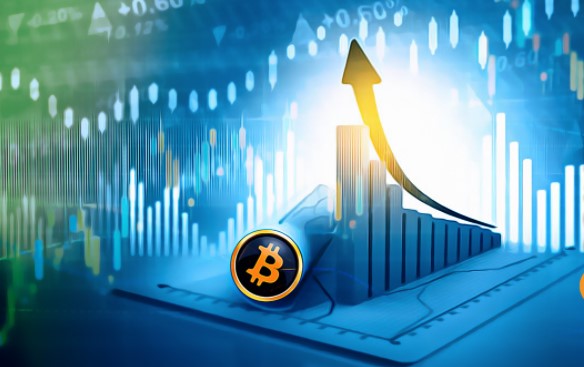 The announcement of US inflation at the peak of the last 40 years only put a short-term pressure on the Bitcoin price. Bitcoin, which priced future interest rate hikes weeks ago, now seems to have turned its direction up. The price recently tested $45,821 and it is still holding above $45,500 at the time of writing.

This Data Marks a Record

The increase in stablecoin activity on crypto exchanges is indicative of the return of investors willing to buy the market. This may be a result of the return of confidence in the market. The Bitcoin fear and greed index reflects this. The fear and greed index slipped out of the extreme fear zone it had been in for most of January. It is currently neutral at 50, the highest level since November.

Bitcoin, the number one cryptocurrency, is making a comeback as bullish expectations rise. The price is 38% above its last low and the increase seems to continue. Willy Woo argues that according to the Bitcoin supply shock valuation metric, the fair price of Bitcoin should be around $50,000. The market prospect is similar for altcoins as fundamental metrics indicate that many are poised to see a rise in price. According to Santiment’s ADA’s MVRV 365D ratio, it is also currently undervalued and is poised for a surge, according to Ali Martinez, a crypto market analyst.

If Bitcoin can exceed the $ 47,000 level, we will be able to say that we have entered an uptrend clearly. What about the target? Most likely, this time, the $ 70,000 resistance will be overcome and the journey to the six-digit Bitcoin price will begin. The Fed’s interest rate move led to the expectation of a new bottom to $20,000 for many investors, and Bitcoin reversed expectations as usual.