Home Crypto Bitcoin and Ethereum report from McGlone: 4-fold increase is not surprising 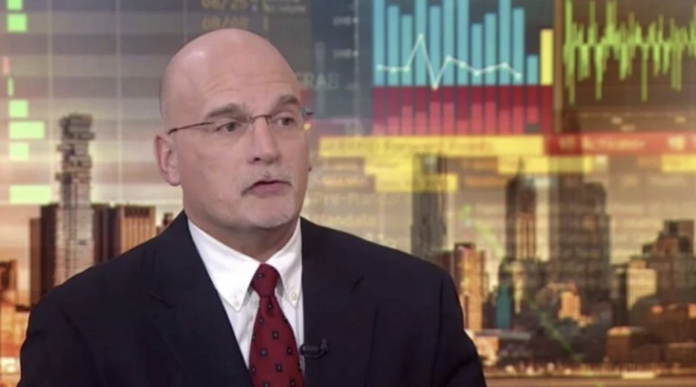 Bloomberg chief commodity strategist Mike McGlone, who previously said that “Bitcoin is more likely to go to $100,000 than to drop to $20,000,” has released his new report. While the successful economist said that Bitcoin went to 100 thousand and Ethereum to 5 thousand dollars, he stated that Ethereum is more likely to surpass the 2018 record in Bitcoin parity. McGlone also added that it would not be surprising if Bitcoin increased 4 times from this point.

The highly anticipated report by Bloomberg strategist Mike McGlone has been released. The successful economist stated that cryptocurrencies survived the second half of the bull season after a sharp correction, while Bitcoin went to 100 thousand and Ethereum to 5 thousand dollars.

Highlights from Mike McGlone’s Bloomberg report are as follows:

Cryptoassets seem to have been resurrected and seem to be reliving the second half of the bull season at slightly lower levels than the highs of the first episode. Bitcoin has lagged behind Ethereum, the leader of the decentralized finance revolution. Number one is the world’s digital reserve, number two is the infrastructure of fintech…

At number 3, we see the rise of Cardano. As the saying “Competition brings success” tells us, Cardano, which is also launched as an Ethereum-finisher, has a speculative bullish history but continues to move forward.

We see that portfolios with gold and bonds are ineffective and bare without Bitcoin and Ethereum. At a time when Bitcoin goes to 100 thousand dollars and Ethereum to 5 thousand dollars, we think it is necessary to add these two cryptocurrencies to the mix. We see that the primary danger to the crypto bull market right now is the risk aversion of the crowds.

“They survived the fix, now they are going to grow”

After a grueling correction, the crypto market is rallying back to the top, rather than going below second-quarter lows. “What can stop Bitcoin and Ethereum from breaking new records?” It is very difficult to answer the question. Demand and adaptation are increasing, but supply is decreasing.

“We think there is a revolution in money and finance”

The cryptocurrency market can be a scam, scam, and speculation. Or, a revolution in money and finance. Maybe we are in the price discovery period of this revolution. Our opinion is that it is the latter… Fidelity and Franklin Templeton, asset management companies looking to hire more digital asset workers… Is there any need to complicate this situation in a time of persistent and strong trend, where adoption is increasing day by day even after a sharp correction? ? What everyone has to do right now is try to hold on to the end of the race. This is what we saw. On the supply drop, Ethereum joins Bitcoin. His code now requires it.

“What can stop Ethereum?”

Ethereum goes to $5,000. It looks like the number 2 coin won’t stray away from new highs. What can stop him on this path? As of September 2, it is now about 10 percent behind its high… Its supply is dwindling and the demand for Ethereum is also increasing due to the huge interest in NFTs. The demand for Ethereum is less direct than for Bitcoin. However, the decrease in supply is an important situation. According to Etherchain.org, 170,000 ETH was burned from the beginning of August to September 2. That’s almost 40 percent of the average monthly supply…

It is typical of bull seasons that Ethereum outperforms Bitcoin. The Ethereum-Bitcoin price ratio is currently approaching 0.08 as of 2021. In 2018, this figure was 0.11. If the trend does what it says and the old models are guides, ETH could go above this rate.

Considering that the biggest price increases were seen in the post-halving years, it would not be surprising that Bitcoin, which rose 55 times in 2013 and 15 times in 2017, increased by 4 times in 2021.