Home Entertainment Bitcoin and Ethereum May See These Levels Next Week 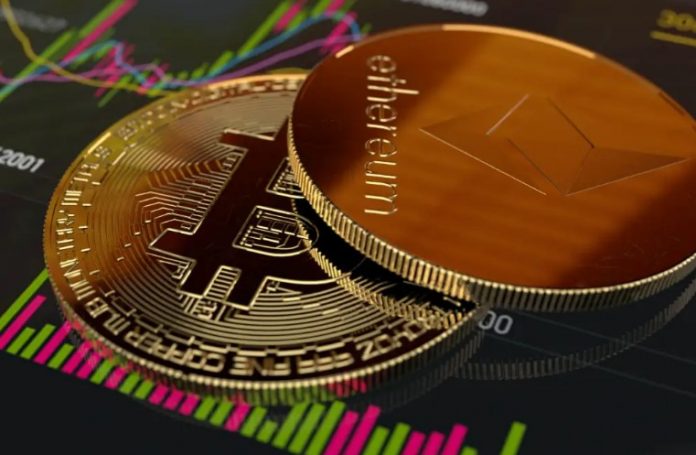 Bitcoin is trading above $46,000 and despite the drop, Ethereum was able to stay above $3,000. Now a market strategist believes that investors are worried about the decline and that Bitcoin’s failure to recover immediately is seen as a sign of weakness. Is it really like that? Let’s get the opinions of a few experts…

What happened in Ethereum and Bitcoin?

Since BTC found support just above $29,000, it has battled to stay above $45,000 and even climbed as high as $52,700. Ethereum, on the other hand, managed to stay above the $3,000 level last month. But they’ve lost 10 percent and 17 percent, respectively, last week, and a market strategist believes that’s scaring investors off…

Recently, Bitcoin has been in the good and not-so-good news. El Salvador officially adopted the Bitcoin Law this week, making it legal tender. With the enactment of the law and BTC depreciating 20 percent, the old “buy rumors and sell the news” phenomenon was as pervasive as ever but quickly picked up.

Declared the largest cryptocurrency (and all altcoins) by market capitalization as invalid in Mexico. The head of the Mexican central bank compared Bitcoin to barter trading and dismissed its value as a currency. His Swedish colleague compared it to trade stamps and said:

Private money often collapses sooner or later. And of course, you can get rich by trading Bitcoin, but this is comparable to trading stamps.

One analyst believes that this wave of attacks and the corresponding price drops in Bitcoin are worrying investors. Wael Makarem, the senior market strategist at trading broker Exness, said:

Investors are wary of current volatility in Bitcoin and Ethereum, especially as these benchmarks fail to dampen earlier losses, which are often considered a sign of weakness in the crypto market.

Makarem believes investors are worried about the recent correction

Wael Makarem, senior market strategist at Exness, said that as the market grows larger and attracts new entrants, watchdogs around the world have become more stringent on crypto policies. In the US, a new budget bill aimed at increasing reporting requirements; In Ukraine, the government recently banned cryptocurrency payments; and in Hong Kong, the securities regulator is working on stricter rules.

On the other hand, headlines are adding to the downward pressure as EU regulators are getting closer to enforcing new regulations, new anti-money laundering rules and tax reporting requirements for cryptocurrencies. Investors fear strict rules and regulations that could limit the adoption or use of crypto.

It’s been a rough week for major cryptocurrencies and their altcoin counterparts alike, after the top three cryptocurrencies, Bitcoin (BTC), Ethereum (ETH), and Cardano(ADA) gave back some of their recent gains. Now, in the analysis below, price action is currently trading between the key Fibonacci retracement levels of the June – September action while the MACD continues to threaten the zero line. We continue with Tammy Da Costa’s technical analysis of Bitcoin and Ethereum…

On the daily timeframe, Bitcoin price is supported by the 200-day MA and short candles indicate indecision. For now, critical support and resistance remain stuck in the confluence zone between $43,478 and $52,939, the key Fibonacci levels of the aforementioned move.

Meanwhile, Ethereum ( ETH ) slumped below $4,000 but remained above the 50- and 200-day MA on both the daily and weekly timeframes at $3,046, which remains critical support, above the 61.8% retracement of the 2021 move. If prices dip below the 50-day MA or the MACD crosses the zero line, further downside pressure could allow sellers to push the price action back to the key psychological level of $3,200.

The ending of “Peaky Blinders” Missed the Perfect Way to End...