Home Crypto Bitcoin and altcoins may fall with this development! 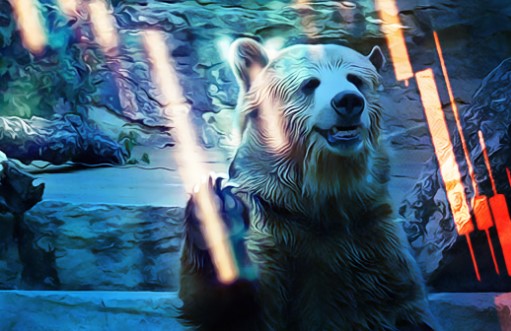 In the coming days, altcoins and bitcoin (BTC) are in serious danger. Prices can drop quickly. The market, which turned green due to Terra Bitcoin purchases, turned red again due to FOMC protocols and the unresolved Ukrainian crisis. So what awaits investors in the short term? Will there be a big drop in altcoins?

The price of bitcoin at the time of writing is $43,396. The US dollar index could rise even higher in the coming weeks, which is generally bad news for Bitcoin. A stronger dollar is the same as a depreciating bitcoin. At least we’ve seen it throughout history. The ability of the US dollar to continue its rally in the second quarter could prove fatal for bitcoin (BTC), which has been inversely correlated with the dollar since January 2022.

The US dollar Index (DXY), which measures the strength of the dollar against a basket of foreign currencies, hit a 21-month high of 99.82 on April 7, reaching its highest level since May 2020. It looks like the index will continue its upward movement, breaking the classic bullish continuation pattern called the “bullish flag”.

In more detail, bullish flags appear when the price consolidates lower within a parallel descending channel after passing a strong uptrend (called a flagpole). Theoretically, the pattern unravels after the price goes out of the range and reaches a level that is equal in length to the flagpole, if measured from the breakout point.

Thus, a bullish flag setup puts the next target up for DXY at 101.

The recent golden intersection of the 50-week and 200-week exponential moving averages (EMA) DXY preceded the upward movement by 4%. Alexander Mamasidikov, co-founder of the MinePlex crypto wallet service, states that a similar bullish model is approaching the 50-200 EMA crossing in April.

“Maintaining the strength of the US dollar after the formation of the Golden Cross will help reduce the impact of inflation as the purchasing power of the dollar increases.”

Interestingly, bitcoin forms the opposite of the dollar, which is called a bear flag, which indicates further losses of the BTC/USD pair. Similarly, the devastating falls that bitcoin will experience will open the door for altcoins to suffer heavy losses.

Thus, bitcoin could fall to the lower trend line of the flag around $40,000, which could lead to a decline in the price to the level of $32,000. Despite the uncertainty in the market, Bitcoin has formed strong support at $42,500 and has key support to retest $47,000 in the short term, but DXY activity should not be overlooked.

Fresh Forecasts for Bitcoin and These 9 Altcoins Are Out: Here...