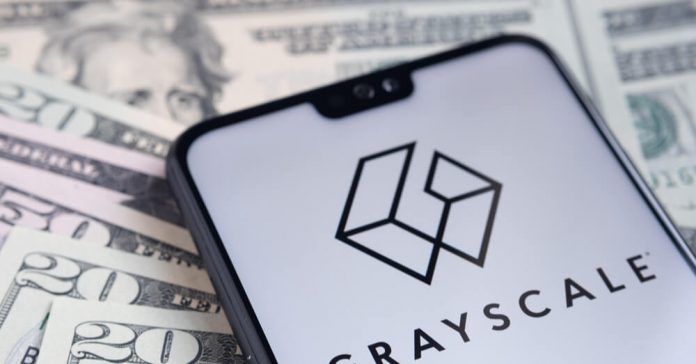 The amount of crypto assets under his management is $ 37.9 billion as of February 24, according to a recent Grayscale tweet. This is $ 4.1 billion less than the day the Barry Silbert-affiliated crypto hedge fund held $ 42 billion worth of cryptocurrencies. Grayscale serves with cryptocurrencies such as Bitcoin, Ethereum and Bitcoin Cash.

Grayscale lost $ 4.1 billion of Bitcoin and altcoins in one day

Grayscale, a subsidiary of Barry Silbert’s Digital Currency Group, announced that between February 22 and February 23, the value of crypto assets fell by $ 4.1 billion to $ 37.09 billion.

02/23/21 UPDATE: Net Assets Under Management, Holdings per Share, and Market Price per Share for our Investment Products.

When this decline took place on Tuesday, February 23, the cryptocurrency Bitcoin, with its largest market cap, saw a decline of over 20 percent within hours. It dropped from the $ 58,000 region to the $ 44,900 level. However, according to the data, Bitcoin started to recover rapidly. At the time of writing, it is traded for close to $ 50000.

Constantly stating that he clearly does not enjoy bitcoin, Peter Schiff shared on Twitter on February 23, the most popular Grayscale crypto-based products that are traded at discount as net asset value all day long. “If this continues, there may not be more inflows from investors who want to buy more Bitcoins,” Schiff said.

Schiff believes that the market constantly needs new buyers so that existing BTC holders leave their assets to them.