The Bitcoin analyst claims that the leading coin is taking more confident steps towards becoming a safe haven, as it breaks the correlation with stocks.

According to crypto analyst Willy Woo, the correlation between Bitcoin and the S&P 500 has begun to deteriorate. Woo suggested that Bitcoin is starting to split from stocks as a positive sign and that the perception of “safe haven” for Bitcoin will improve. Woo, who suggested with the tweets he posted that this table will be realized last month, gave the message “The first signals of the departure of BTC from stocks” with the chart he shared this time. 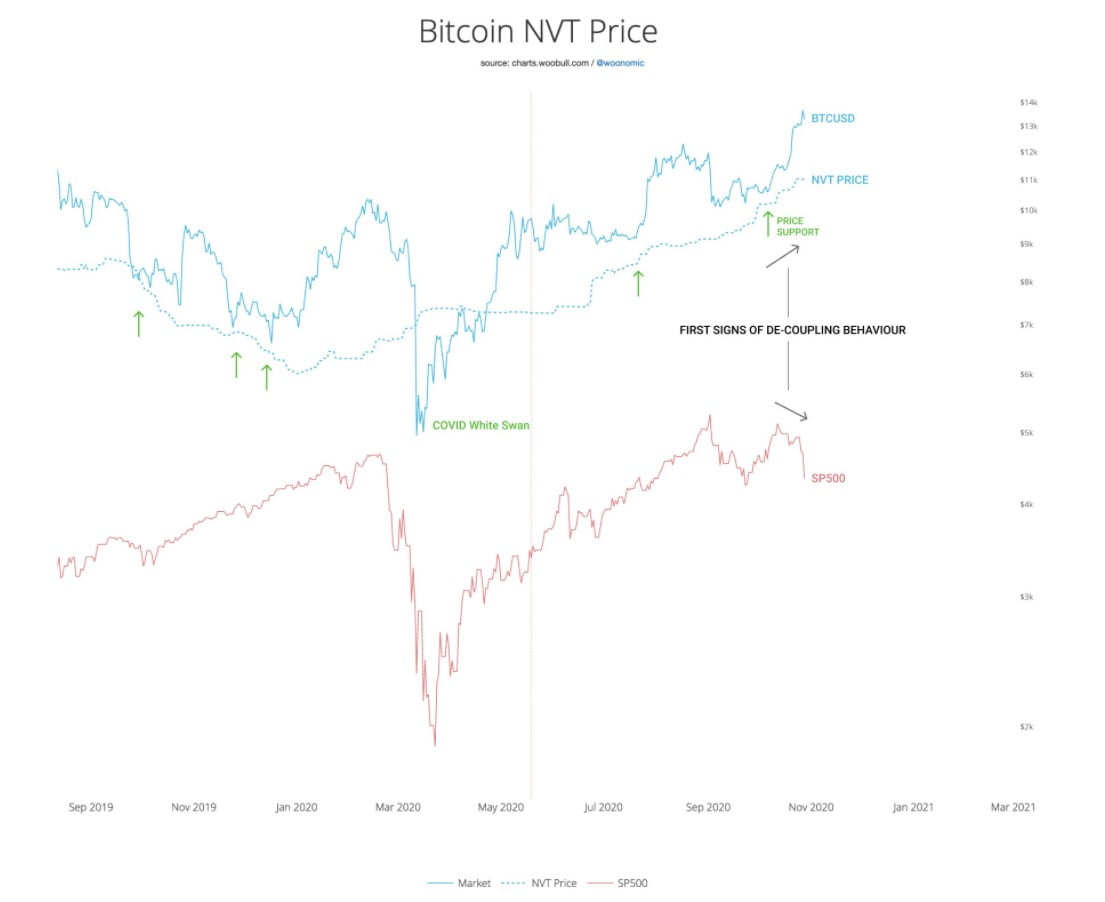 Introduced to the cryptocurrency community by analyst Willy Woo as an on-chain indicator, he suggested that NVT is in a support role for the Bitcoin price. NVT is simply an indicator that measures when transactions in the Bitcoin network are in high value relative to their original value.

Woo claimed that the NVT price was a support for Bitcoin, despite the S&P 500’s recent drop. According to analyst Woo, the indicators point out that Bitcoin can strengthen its “safe haven” status as stocks are bleeding like this.

Not everyone believes the correlation is broken

Some names in the cryptocurrency world disagree with the idea of ​​the “split” between Bitcoin and SPX. Even in the days when it was thought that there was a strong positive correlation between Bitcoin and the S&P 500, some market experts argued that there was no direct relationship between the pair, and that both BTC and SPX moved together due to the negative harmony they exhibited against the dollar.

One of these names, analyst Scott Melker, stated in May that there is no direct correlation between stocks and BTC; made a statement stating that the two were not associated before. Crypto money investor Chris Dunn, on the other hand, argued last week that a “negative correlation” started between BTC and SPX this time.

Alola Marowak in Pokémon GO: how to beat him in raids

Stormy Night Chapter 29, rejection is the worst for wolves

95-103. Bogdanovic and Mitchell lead the Jazz

The Boys will win spin-off series on Amazon Prime Video