Home Crypto Bitcoin Analyst Warns: No Rising Up To This Date! 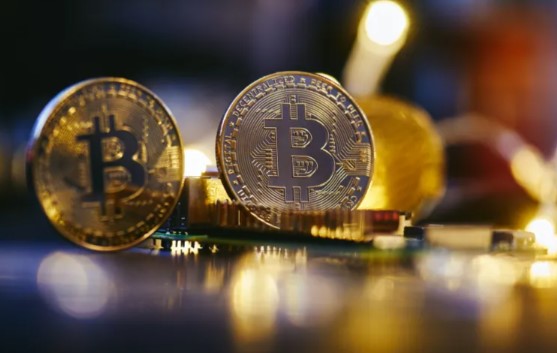 Benjamin Cowen, a popular Bitcoin and altcoin analyst, conveyed his expectations for Bitcoin in a new video he shared on Youtube, where he has close to 750 thousand subscribers. Cowen said he doesn’t expect to rise for a certain period of time, until the fall. Here are the details…

Cowen: Bitcoin investors may be disappointed until fall

Explaining his methodology before explaining his expectations, Benjamin Cowen said that he prefers to use Heikin-Ashi candles when analyzing Bitcoin (BTC). Because according to him, the metric tells a more comprehensive story about price action by including data from the previous two candles. According to the analyst, Heikin-Ashi candles take into account not only the opening and closing, but also the highs and lows, and stick to the candles that came before them.

As such, it is seen as a more useful way of measuring the momentum of the market. Cowen suggests that with BTC’s chart behavior over the past few bear cycles, investors could see disappointing numbers until this fall, adding:

THAT’S WHY I’M SAYING THAT PEOPLE HAVE TO BE PREPARED FOR THIS BEAR MARKET TO CONTINUE. IF HISTORY IS ANY INDICATOR, WE KNOW THAT THE BEAR MARKET IS A VERY GOOD INDICATOR THAT THE 200-DAY MOVING AVERAGE STOP STAYING AS RESISTANCE.

What is expected in the coming period?

As we have also reported as Somanews, according to his comments on BTC, which has fallen sharply in recent weeks, his analyst talks about the times when Bitcoin exhibited a red candle pattern in 3-month candles in its lifetime since its beginning in 2011, and uses the following expressions:

NOW THAT IS VERY INTERESTING BECAUSE IF YOU LOOK AT THE THREE MONTHS-OLD HEIKIN-ASHI, THERE ARE PERIODS WHICH ARE DISPLAYING THREE, FOUR, OR TWO RED CANDLES IN A CONSEQUENCE. SO, IF YOU DIVIDE THE AVERAGE OF ALL 13 GRAPHS BY FOUR, THE AVERAGE IS Slightly ABOVE THREE. THEREFORE, YOU CAN CLAIM THAT THESE WILL BE Slightly OVER THOUSANDS OF THE EXPECTED QUARTERS TO STAY RED, SO EVEN THE FOLLOWING QUARTER CAN STILL HOLD RED. THE FUNNY THING IS THE NEXT QUARTER MAY BE A GREEN QUARTER BUT HEIKIN-AHI CAN STILL BE RED BECAUSE THE PREVIOUS QUARTER ONLY CARRIED THE MOVEMENT, SO YOU HAVE TO REMEMBER THAT.

US Companies Chose This Meme Coin: Can Be Added To Cart!

2 Analysts Have Made Important Predictions for This Metaverse Coin!