Bitcoin (BTC) analyst Cole Garner studied the whale movement on the cryptocurrency exchange Bitfinex. As a result of his evaluation, the analyst who examined the trading book concluded that a new decrease in the Bitcoin price might be waiting.

Bitcoin (BTC) price dropped to $ 13,000 yesterday after reaching the level of $ 13,800. While the BTC / USD parity is currently moving slightly above $ 13,200, both Bitcoin and altcoin investors are wondering which direction the BTC chart will go. Popular analysts such as Scott Melker commented in favor of the bulls for now, while Cole Garner warned of a possible drop in the BTC / USD pair.

Bitfinex whale on the move again

Bitcoin analyst Cole Garner drew attention to the movement on Bitfinex with a tweet he shared last night. Garner announced that a Bitfinex whale had entered a large volume of sales orders. The analyst’s comment worried BTC followers, as a similar picture emerged in early August. 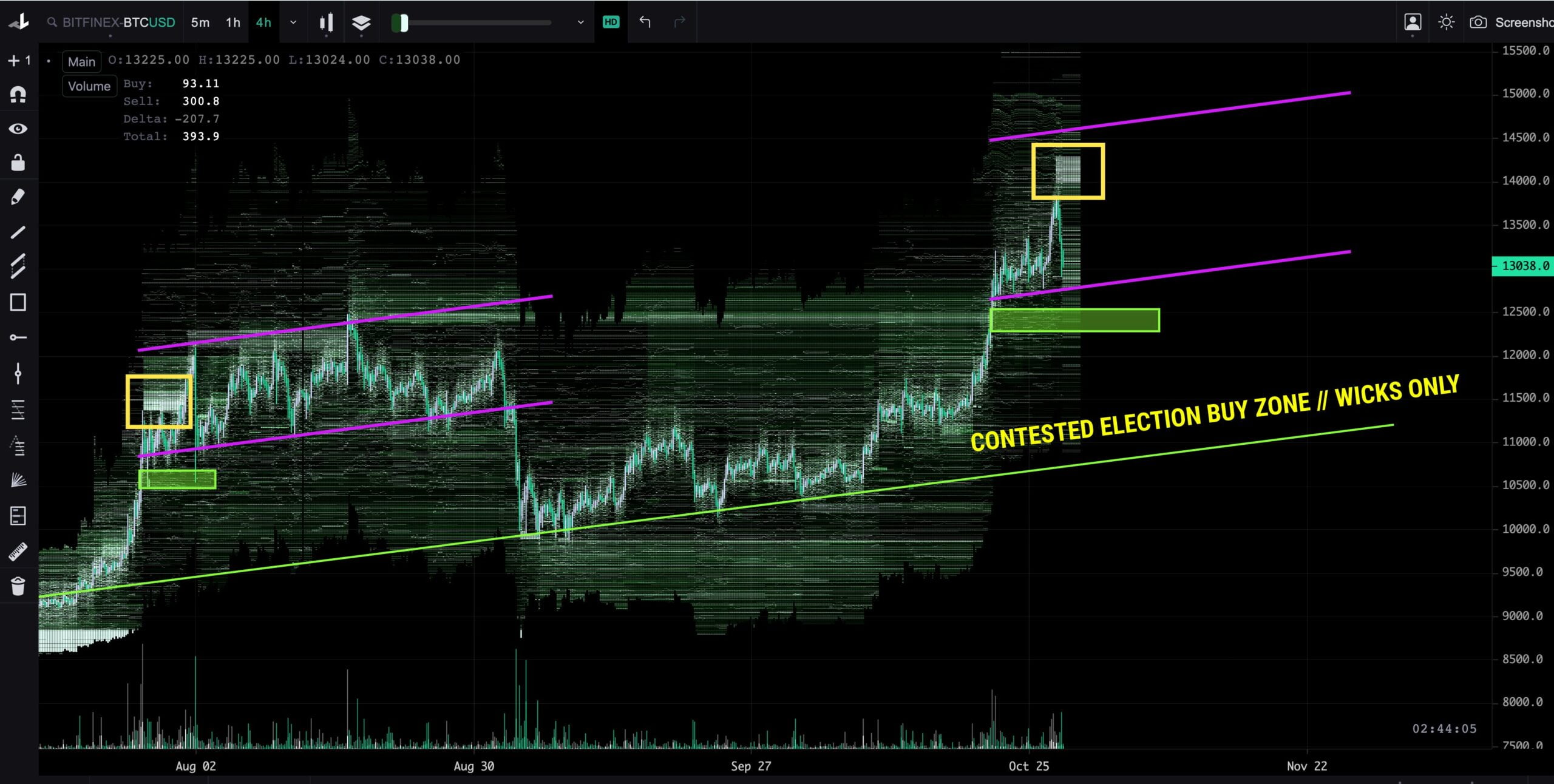 The yellow boxes in the chart above point to the sell orders the Bitfinex whale entered. The Bitfinex whale entered a sell order in early August, and Bitcoin dropped off the trend channel in the following weeks, quickly losing value. Stating that a large amount of sales orders started to be formed in the current chart, Garner made the following comment, referring to this chart:

“I think we’ll see something similar to the last time. BTC / USD will remain in the trend channel for a while, but it will not go above the section where sell orders are concentrated. Eventually, it will fall down to the green trend line… But before this happens, a buying opportunity may arise in the area marked with the green box. If the presidential elections in the USA are contentious, an uncertainty arises that investors will not like and the sale begins. I think this will also label Bitcoin. If it were me, I would put my buy order on the green trend line. ”

There is no bullish prospect for Bitcoin

Not everyone agrees, although Garner, who has studied whale activity on Bitfinex, warned investors to decline. Scott Melker, Bitcoin analyst known as The Wolf of All Streets, thinks the bulls are still not weak.

Based on the monthly BTC / USD chart, the analyst said that Bitcoin will close monthly only a few days from now. Based on the current picture and saying that the month will close well, Melker urged people to examine the longer term charts and said that “there is no trace of the bear market”. 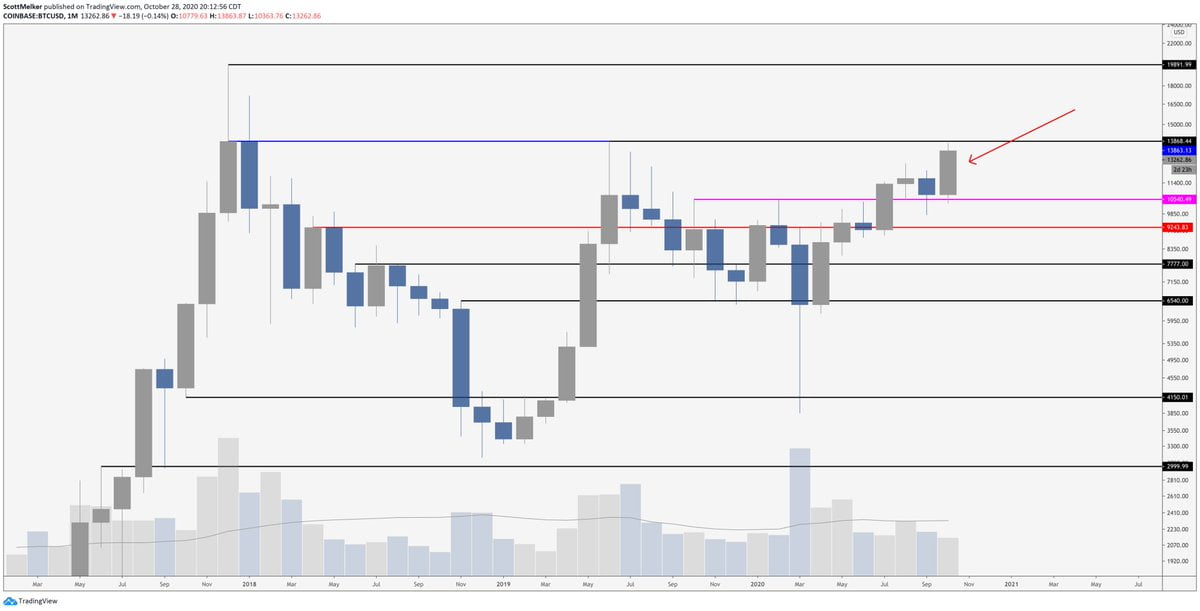 xCloud: how to sign up for tests to play Xbox on...

Ja Morant: “Luka Doncic is a Special Talent Because…”

Namjoon proves he is the “god of destruction” with Jungkook

Customers file a digital petition against Samsung; understand the case

Learn how to draw artwork with Adobe Animate