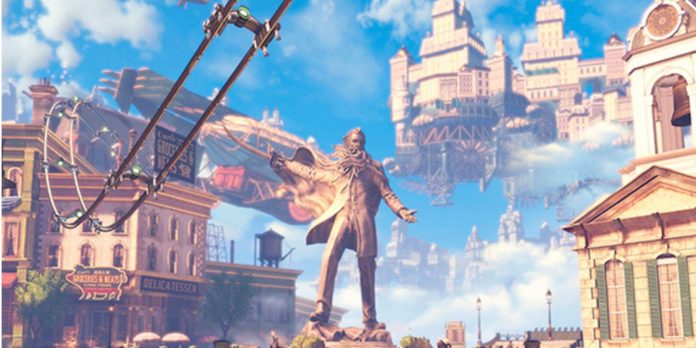 Zachary Hale Comstock is a video game antagonist who is hard to forget. In BioShock: Infinite, he is known as the founder of the heavenly city of Columbia and the creator of the Founders political party. Although he is not seen many times, his presence in the game is everywhere, as the citizens of Colombia worship him as “Father Comstock” and bears the title of Prophet.

Comstock is a cult leader who has a lot in common with ultra—religious, nationalist and racist figures in history. He uses manipulative abilities, religious knowledge, military training and charisma to get what he wants. There are two real people in the story who, according to fans, could have inspired Comstock because of their similarities. These two real people are Anthony Comstock and Ernst Rudin.

Before BioShock: Infinite, the Comstock surname was widely known thanks to a man named Anthony Comstock. He held several positions in the Republican Party and lived from 1844 to 1915. He was an activist against vice, that is, he was an activist against any behavior that was considered sinful. These sinful things included birth control, women’s suffrage, and any books he deemed too obscene. In fact, he claimed the books were “brothel feeders.” This real Comstock became so famous for his zealous censorship campaigns that terms like “comstokism” and “comstokism” became words to describe extreme censorship.

The fact that Anthony Comstock shares his last name with Comstock from BioShock: Infinite is not surprising. Both share demonization strategies, using the idea of “sinful actions” to control information and using allusions to the Bible to justify themselves. BioShock is also not the first fiction inspired by Anthony Comstock. In books such as The Alienist, The Beautiful and the Damned, and The Future of Another Timeline, Comstock’s name was used (often for their villains) or even reinterpreted Comstock’s life.

BioShock fans also noticed the similarities between Comstock and Ernst Rudin, a real Nazi who lived from 1874 to 1952. Interestingly, Comstock from BioShock has the same date of birth as Rudin: April 19, 1874. he believed in the sterilization of races that he considered genetically inferior. While Anthony Comstock may have given Comstock from BioShock his religious fanaticism, Rudin may have been the inspiration for his racism.

In his resemblance to Rudin, Comstock advocated a white ethno-state. Like Rudin, he also committed racist war crimes and believed in white supremacy. Believing that the white race was better than the rest was Comstock’s way of making himself still seem like a good person, despite his terrible actions against others. This is closely connected not only with Rudin, but also with Nazi ideas in general.

What do these connections mean

The BioShock franchise is partly dedicated to the consequences of extremism. So it was with Andrew Ryan, who was the villain of the first game and in many ways was the complete opposite of Comstock. He was an atheist who wanted to reject the American government and let people do whatever they wanted. Instead, Comstock was incredibly controlling and very concerned about American values, despite the fact that he broke away from his country. However, both these stories and the villains are still similar, because both tell about extremism and how it leads to dehumanization, exploitation and, ultimately, hypocrisy.

Extremism has a long and disturbing history of the real world. For video game developers, using this story for their characters is a good strategy for telling deep stories. The BioShock series is known for the way it deals with philosophy and American ideology, rivaling novels and the art world because of its heavy symbolism, allusions and social criticism. However, after many years, the question arises which real people will inspire new villains in the game world.