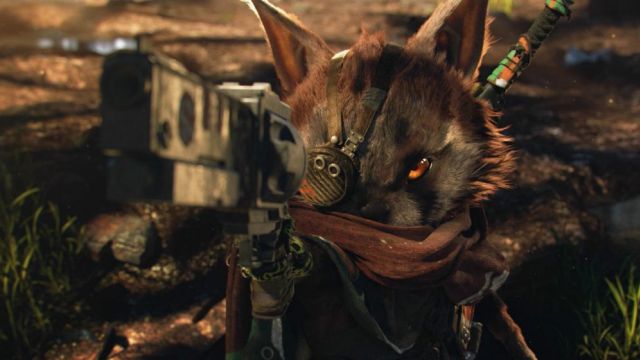 Biomutant: The game published by THQ Nordic adds other additional features, such as New Game + mode and more. The voice that accompanies us during the Biomutant adventure has received criticism. The narrator appears again and again to clarify and add the occasional phrase, but his interventions are not always well received. Therefore, the open world title of Experiment 101 will provide the ability to disable the narrator. He will do so with a new patch, which will first come to PC and then to console.

From now on, animal voices are reduced before the narrator begins to speak. It is also allowed to select whether or not you want to hear the voices of both (or neither) when talking to NPCs. In addition, other aspects related to dialogue and sound have been adjusted, as well as some animations that were missing during these sequences.

Beyond the figure of the narrator, the video game incorporates an extreme difficulty mode that increases the damage caused by enemies, as well as their attack rate. The New Game + mode is also one of the novelties, so that we can activate perks of other classes when we tackle the adventure again. The update corrects bugs at all levels, so the technical (audiovisual) aspect has been touched as well as the gameplay, which includes combat, the world and the interface.

Biomutant has been edited by THQ Nordic for PS4, Xbox One, and PC. It can also be enjoyed in the new generation through backward compatibility. What has not yet been corrected is the resolution on PS5, which due to technical problems has remained at 1080p, unlike Xbox Series X, which already works at 4K from the same launch day. The game has not got off to a good start in international criticism, but it has in sales. It became # 1 on the Steam charts.

Tesla To Open Charging Stations For Other Trams in 2021