Home Entertainment Biomutant Shows Its Combat and Exploration of The World in an Unreleased... 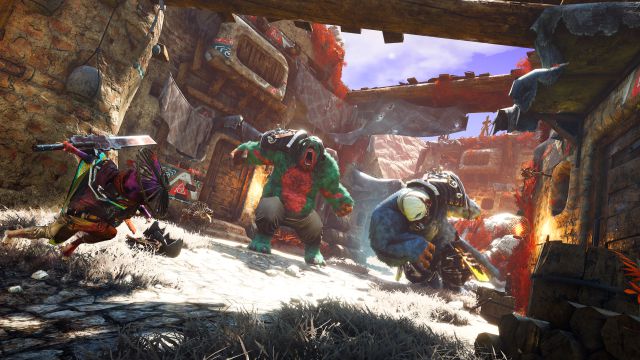 Biomutant: Experiment 101 reveals a new gameplay where we can see the playable possibilities of Biomutant, whether exploring the open world or fighting.Biomutant presents from the hand of Game informer a new gameplay. The video gives us an idea of ​​what it will be like to explore the open world developed by Experiment 101, as well as the possibilities of combat. It will arrive next May 25 on PS4, Xbox One and PC; compatible with PS5 and Xbox Series X | S.

As we can see in the shared material, we will have an assortment of active skills that we will have to combine with the two great styles of combat: melee and ranged. You can toggle in real time to use the arsenal that you have made or found throughout the adventure.

But it’s not all about fighting: there are also times when you get carried away by adventure. We have the possibility to sail the seas aboard a makeshift boat (2:55) or move on land inside a combat robot (3:12). The graphic style is quite peculiar, the blur of the environment conveys the feeling of being in a model. We can navigate the stage as we want and when we want. The moment you set foot in a district, the activities that you can do in it will appear.

The progression system seems to be based on the increasingly powerful team encounter; at the end of the day it is an open world RPG. The pieces are divided according to their value, such as Legendary, Rare, Common, and more. With it we will make the character take shape and can face increasingly stronger enemies.

After several delays and a time in the shadows, Experiment 101 finally points to a date not far off: it is just around the corner. But things have not been easy during this time. The team, made up of 20 people, has had to deal with a “big” project. You will find the declarations of its chief executive officer here.