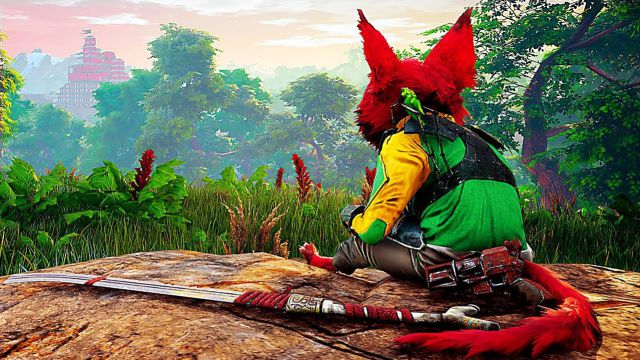 Biomutant: THQ Nordic shares three new videos of the game running on the three platforms it reaches and details the technical features of each one. Biomutant hits stores on May 25 and the studio responsible for the title, Experiment 101, has shared three new videos through THQ Nordic in which we can see how it performs in each of its versions. In addition, it has also revealed the graphical and performance differences between all of them. Here are all the details of the technical features on PS4, Xbox One and PC.

PS4 Pro and Xbox One X: 60 frames per second and a dynamic resolution of 1080p

Biomutant: everything we know

The title of action, open world and post-apocalyptic setting was announced in 2017, and since then it has suffered several delays. As explained by its director, Stefan Ljungqvist, the project turned out to be too ambitious for the studio, which consisted of just 20 people. The reasons that its arrival has been delayed in excess lie in the difficulty to detect errors and solve them, because once found, “an additional challenge is added” that “is not easy” to overcome as it is such an extensive game.

The title bets on RPG mechanics; originally it had a script of 85,000 words, but eventually it will have more than 250,000. We will be able to ally ourselves – or antagonize ourselves – with different factions, the decisions will influence the morality system and the protagonist will have multiple customization possibilities. In addition, the game is ambitious in terms of open world mechanics, as it will feature a wide variety of vehicles.

Biomutant will go on sale next May 25 on PC, PS4 and Xbox One. Thanks to backward compatibility we will be able to play it on PS5 and Xbox Series X | S, platforms on which we will enjoy the technical features of PS4 Pro and Xbox One X, respectively. At the moment, there is no news about a hypothetical next generation version.