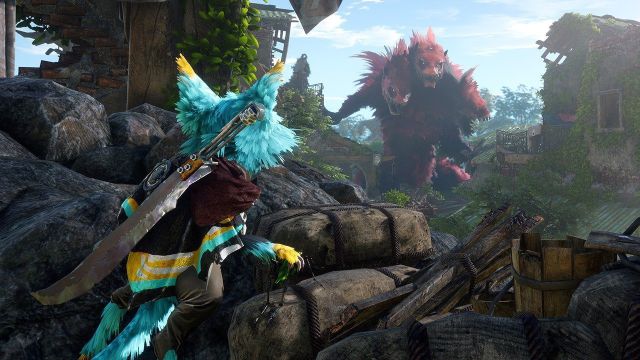 Biomutant: The Experiment 101 game starts number one in sales on Valve’s digital video game portal. This is how the Steam Weekly Top-10 remains.Biomutant has debuted on Steam as the best-selling video game of the week in terms of billing. The work of Experiment 101 begins its journey in the market and on Valve’s digital portal on the right foot; both the reserve version and the game in its simple edition occupy the first and second place of the titles with the highest amount of income for the week ended this past May 30.

The podium is closed by Sea of ​​Thieves, from Microsoft, one of the examples that show that the availability of titles on console or in services such as Xbox Game Pass does not necessarily limit the sale of these on computer. Days Gone, for its part, available on PS4 as well as the PS Plus Collection – PS Plus incentive on PS5 – occupies fifth place on the list after debuting as a leader last week. We remember that Sony will bring Uncharted 4 to PC soon.

The rest of the ranking leaves us titles like Mass Effect Legendary Edition in fourth place; Valve Index VR Kit in sixth place; Grand Theft Auto V in seventh place; and finally ARK: Survival Evolved followed by the GOTY edition of The Witcher 3 and Rust.

The arrival of Biomutant in stores has not been without problems. With very different opinions, the title of Experiment 101 carries design problems and technical inconveniences that are already being worked on. The team promises bug fixes and “feedback based changes.” In a message published on Twitter this weekend, they assure that this update will bring changes in the rhythm of the dialogues, narrator settings, difficulty settings, video settings (depth of field or motion blur), loot settings. and the enemies; also in sound and combat.

Biomutant is available on PC (Steam and Epic Games Store), PS4 and Xbox One; also on PS5 and Xbox Series X | S with improvements via backward compatibility. You can read our analysis of the game here.

Housemarque Is Not Satisfied Wwith Returnal