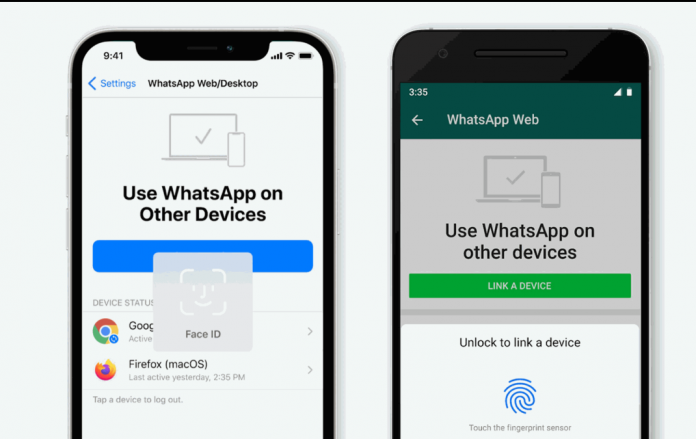 WhatsApp has created a new security layer for consumers using the web and desktop version. This feature, which will be used on smartphones that can authenticate with biometric data, requires authentication when logging on to another device. WhatsApp’s new feature will reach all users within a few weeks.

Recently, WhatsApp, which has been on the agenda only due to the “Privacy Principles” decision, announced that it has prepared a feature that cares about user security this time. This feature, which concerns consumers who use their WhatsApp accounts over the desktop version and internet browser, brings a new layer of security to WhatsApp. According to statements made by WhatsApp developers, users will now be able to use their biometric data to use the web and desktop version.

Until now, users have been able to activate WhatsApp Web by scanning a QR code. The new feature doesn’t take the QR code anywhere. The new feature, which can only be used as a new security layer, allows users to scan their fingerprints or face for web and desktop version. The QR code will not work alone after the feature is activated.

WhatsApp’s new feature is compatible with most smartphones

According to the statements made by WhatsApp, the security layer added for the web and desktop version will work on iPhone models with Touch ID or Face ID sensor and running iOS 14. In addition, all Android phones with any biometric authentication feature will be able to use this feature.

Promotion of Netflix movies planned for 2021