Home News Binance hacked: announced how much money was stolen… 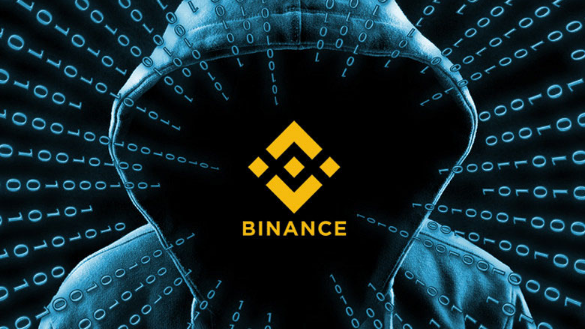 The Binance cryptocurrency exchange has been hacked. According to the management of Binance, during this attack, about $ 100 million worth of cryptocurrencies were stolen. However, according to third-party sources, the scale of the attack is much larger.

An important event has taken place in relation to the world’s largest cryptocurrency exchange Binance. The BNB Chain blockchain network owned by Binance has been hacked. As a result of this cyberattack, one or more unknown hackers managed to steal cryptocurrency from Binance. While all transactions in the BNB chain have been stopped, very serious claims are circulating about the amount of stolen cryptocurrencies.

Official statements about this were made from the official accounts of the BNB network on social networks. In the first statement, it was stated that abnormal activities were detected on the network, and therefore the network was stopped. In a second statement, the authorities who announced the cyberattack said that all funds are safe. When we look at the BNB Chain Twitter account, we see that research on this issue is still ongoing, and that updates have been made to the BNB Chain so that attacks can be repelled.

The size of the attack is estimated at $600 million!

PeckShield, which conducts research in the field of security and analysis of blockchain technologies, was one of the first companies to announce an attack on Binance. PeckShield analysts, studying the data of BscScan, which shows transaction records on Binance, discovered at the first stage the movement of 2 million BNB worth about $ 586 million. At the end of the process, information was spread that $600 million of cryptocurrency could have been stolen. However, according to the BNB Chain management, this is not the case. Binance announced that the size of the attack is in the range of 70-80 million dollars. Only $7 million of the stolen crypto money was frozen.

Let’s now take a closer look at the official statements about this:

BNB network has acknowledged the cyberattack:

To confirm, we have suspended BSC after having determined a potential exploit.

All systems are now contained, and we are immediately investigating the potential vulnerability. We know the Community will assist and help freeze any transfers.

All funds are safe.

We discovered a potential exploit and suspended the network. All systems are under control. We continue to investigate the vulnerability.

Initial estimates for funds taken off BSC are between $70M – $80M.

However, thanks to the community and our internal and external security partners, an estimated $7M has already been frozen

The amount of crypto money received from the network is about $70-80 million, according to initial estimates. 7 million dollars of them are frozen.

Description of the update from the BNB network:

Update📢 BSC validators are coordinating to bring back BNB Smart Chain (BSC) in an hour with the latest release https://t.co/d2gIsRlGDC

We have released our latest update for the BNB network. We want all developers to upgrade. This will stop hacker accounts.

An exploit on a cross-chain bridge, BSC Token Hub, resulted in extra BNB. We have asked all validators to temporarily suspend BSC. The issue is contained now. Your funds are safe. We apologize for the inconvenience and will provide further updates accordingly.

The additional BNB was minted due to a vulnerability in the BSC Token Hub. We asked for the network to be suspended and everything is under control. We apologize for the inconvenience.

Here is the amount of stolen cryptocurrency, according to CZ:

The current impact estimate is around $100m USD equvilent, about a quarter of the last BNB burn.

According to our estimates, the size of the attack is about $ 100 million. This figure is about a quarter of the last BNB burn.

According to third parties, the size of the attack is about $ 600 million:

There are two main applications for remuneration in the BNB network. According to BscScan, there are two requests for 1 million BNB each.

Research on this topic continues. As we receive official statements, we will continue to keep you informed…