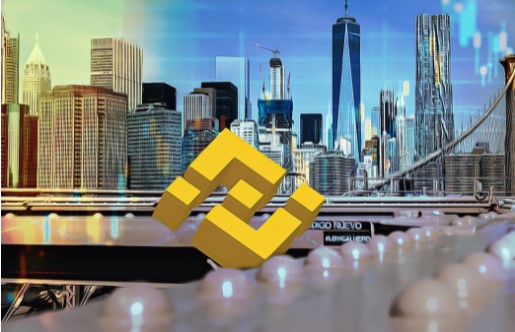 The world’s leading cryptocurrency exchange, Binance, has revealed its efforts to expand its operations to Brazil. The company announced that it has signed a memorandum of understanding with a regulated securities brokerage house in Brazil to acquire it.

The company, called Sim;paul Investimentos, offers its clients different investment options, including a variety of funds and stocks, and is said to be fully compliant with Brazilian law.

Binance, the world’s largest cryptocurrency exchange by market cap, has set its sights on Latam, specifically Brazil, as the company makes moves to build a more substantial foothold in the country.

The exchange announced that it has signed a memorandum of understanding with a Brazilian brokerage firm called Sim;paul Investimentos to acquire the company after meeting requirements and gaining approval from regulators, including the Bank of Brazil.

According to the published press release, Binance’s move has the goal of developing the cryptocurrency and blockchain ecosystem in Brazil. Binance CEO Changpeng Zhao made the following statements about this acquisition;

In a rapidly developing market like Brazil, crypto can transform and simplify people’s lives. That’s why we believe Binance, in full cooperation with local authorities, has a lot to contribute to improving the community and ecosystem in Brazil.

Last year, Sim;paul Investimentos aimed to increase the value of its investments with the support of asset managers and partnerships. However, the company sold its client portfolio to Guide Investmentos in January. In the same month, Sim;paul Investimentos also got rid of the technology team and sold it to Warren, another brokerage house in the country.

This latest move reflects the expansion policy that Binance announced earlier this month. In an interview with the Financial Times, Zhao explained that the company’s strategy to continue growing its business in the future includes investments in traditional markets and industries.

Zhao gave the following statements in the continuation of the interview;

We want to set and invest in one or two goals in each economic sector and try to bring them to crypto.

Binance’s investments include industries such as publishing and media. So much so that the exchange announced on February 10 that it has made a $200 million investment in global media company Forbes to support the company’s digital offerings as part of its Web3 strategy.

“Sounding” Meme Coin Statement From The Inventor Of DOGE!

The Data Has Arrived: Giant Whales Are Stocking Up on These...