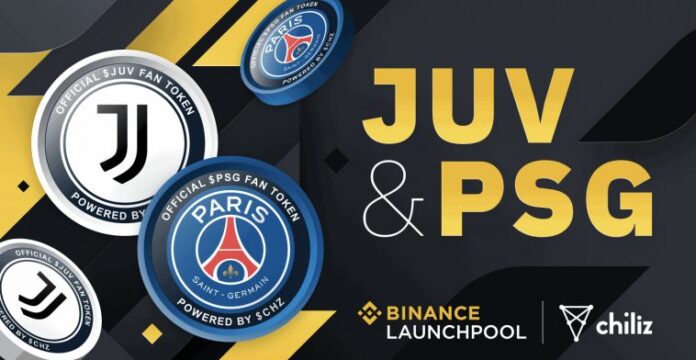 Having announced its partnership with Chiliz last week, Binance announced that it will list 3 new fan tokens after Paris Saint-Germain (PSG) and Juventus (JUV). First of all, Atlético de Madrid (ATM), OG and AS Roma (ASR) coins, which will be supported by Binance Launchpool, will then be traded on the stock exchange.

The crypto currency exchange Binance has announced that the next projects supported under Binance Launchpool are Atlético de Madrid (ATM), OG and AS Roma (ASR). Binance users will now be able to access these cryptocurrencies supported by Chiliz, one of the important names in the fan tokens market, by taking important steps in combining the sports community and the cryptocurrency world.

When is it listed?

Binance announced that its users will be able to stake these 3 tokens supported on Binance Launchpool in BNB, BUSD and CHZ pools on December 24. The exchange stated that it will list ATM, OG and ASR party tokens later.

Binance users will be able to start trading with tokens that will be listed in the Innovation Zone on December 30. According to the statement shared by Binance, the exchange will support tokens in the following pairs:

Binance and Chiliz announced their cooperation with the statements they made in the past weeks. Changpeng Zhao (CZ), the founder and CEO of the Binance exchange, expressed his belief that this partnership could increase the awareness of crypto currencies to the mainstream level. Chiliz CEO Alexandre Dreyfus stated that with the acceleration of the Binance partnership, the sports-entertainment world and the crypto money industry will become more intertwined in the coming years.

Binance’s listing of Paris Saint-Germain (PSG) and Juventus (JUV) tokens as the first step of this partnership has attracted interest from both sectors. Now, with the 3 new tokens listed, it has been given the message that this partnership will grow even more. Whether Galatasaray (GAL) and Trabzonspor (TRA) fan tokens issued by Chiliz will be listed by Binance in the future has already been a matter of curiosity.

OG, an E-sports team, was founded in 2015 with headquarters in Europe. The team won the international Dota 2 championship in 2018 and 2019. It is known as one of the most known and professional clubs in the field of e-sports. The OG fan token, issued by Chiliz, was implemented in March 2020.

Atlético Madrid, one of the football teams representing the capital of Spain, was founded in 1903. The club has 10 championships within the scope of La Liga. Chiliz launched its ATM fan token earlier this year.

Associazione Sportiva, better known by the name AS Roma, is an Italian football club in Rome. AS Roma was founded in 1927. Currently playing in Serie A, the team has more than 15 championships throughout Italy. The ASR token was also launched by Chiliz in February 2020.

Why Cesarean Section Was Named as Julius Caesar