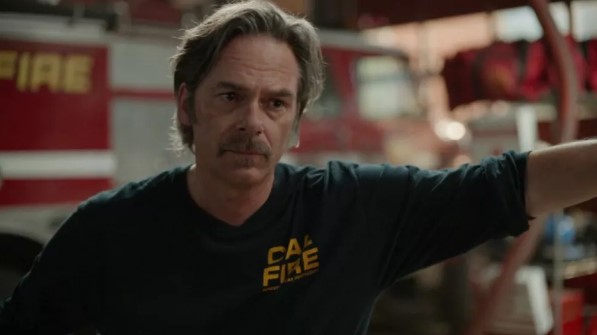 The evolution of Vince and Bodes’ relationship seems to be taking a step in the right direction.

One of the most tense and complicated relationships among the characters of “Land of Fire” is the relationship between the characters of Billy Burke and Max Thieriots. Burke plays Vince, the battalion chief at the firehouse, as well as the father of Bode (Thieriot). When Bode returns to his hometown to join a fire camp inspired by a real-life fire program, he gets a second chance in life, but does not receive a warm welcome from his father. Burke recently spoke about Vince’s relationship with Bode, and after the latest episode of the CBS drama inspired by Thieriots’ hometown, it seems that the relationship between them may be moving in the right direction.

Billy Burke discusses the relationship between Vince and Bode

In the first four episodes of The Land of Lights, we learned that Bode and Vince are not on good terms because of what happened to Riley, Bode’s sister and Vince’s daughter. It is clear that Burke’s character really keeps the accident on Bode, and did not forgive him for this. During a conversation with TV Line, the actor talked about how painful his character is because of what happened to Riley.

Yes, it seemed to Vince like a sudden rejection of everything. So [Bode] made a big mistake, but then he turned that big mistake into five more huge mistakes that changed everything. But that’s sometimes what people do when they feel hopeless.

Although the situation is probably still tense, we have seen small moments of sympathy from the father and son duo, and hopefully things will start to get better. In Episode 3, we saw an attempt at a truce on Vince’s part, however, it was quite awkward. Burke spoke about this moment and the future of his relationship with Bode, saying:

Yes, it will happen in waves, like everything else, even in a romantic relationship. I always come back to a link they made in Seinfeld a long time ago, about how you have to rock a coke machine back and forth before it tips over. We have quite a long time to go before there is any semblance of stable ground between Vince and Bode.

While Burke and Tyriot’s off-screen relationship is great, there’s a long way to go between the two characters. However, after the last episode, I had hope.

Spoilers for Episode 4 “Work, Don’t Worry” are ahead.

After Episode 3, Vince and Bode took a tiny step forward; however, I felt that the two actually took some steps towards reconciliation in Episode 4. Vince finds himself in a life-threatening situation after a building collapses, while Bode, his mom and others from Cal Fire are outside. Throughout the episode, Bode repeats the mantra that his father always said: “Work, don’t worry.” This alone shows that the character of Tyriot is beginning to get closer to his father. However, it was a more important moment towards the end of the episode that really showed that the two characters could move in a more positive direction.

It’s clear that Bode was worried about his father during the episode, and he even said that the last thing he said to his father was “pretty awful.” After the team saved Vince from clinical death, Bode approaches his father and tells him that he is glad that he is all right. His father’s wistful look seems to hint at better days for the two of them. Although this is a subtle point, I think it goes back to what Burke said about rocking a coke machine. Although the situation will not become stable immediately, I think they will get their way.

Also, on a not-so-happy note, Sharon, Bode’s mom, fainted at the end of the episode. I have a feeling that this will bring the two men closer together in the next episode and force them to confront everything.

With a lot of the first season left and the second one starting soon, Bode and Vince will have plenty of time to solve their problems, and I hope they’ll forgive each other in the end. You can watch the development of this complex relationship every Friday on CBS at 9 p.m. ET, or you can stream Fire Country using a Paramount+ subscription.