Home Crypto Billionaire Buying Bitcoin: Buy This, Stay Away From These! 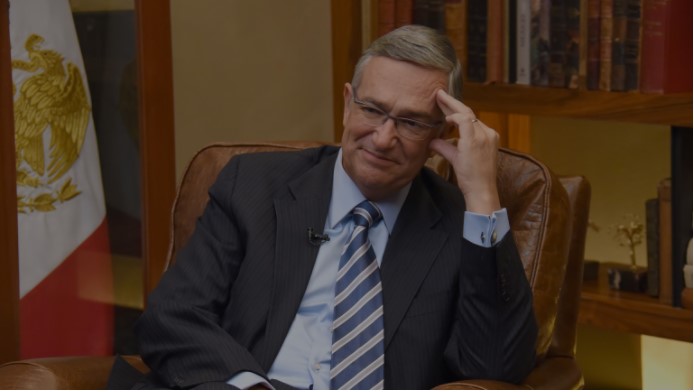 “Invest in Bitcoin (BTC), stay away from fiat money”

Ricardo Salinas Pliego made three recommendations to his followers as part of his new year message in a 2-minute video he shared on Twitter:

Stay away from fiat money. Be it Dollar, Euro or Yen, it’s all the same. Fake money made of paper lies. Central banks are producing more than ever before.

Meanwhile, Pliego, “Invest in Bitcoin!” He pauses before pointing at the camera to say so.

It’s no surprise that Salinas encourages investment in BTC. A prominent Bitcoin supporter since 2013, his Twitter bio describes himself simply as “a Mexican businessman and Bitcoin owner.” Additionally, Salinas aims to make Mexico’s second-largest retail bank Banco Azteca the first lender in the country to do business with BTC. But Salinas, the chairman of the bank’s parent company Grupo Salinas, was disappointed in June of this year. In response to its ambitious plans, the Bank of Mexico stated that cryptocurrencies such as Bitcoin are not legal tender and are prohibited from being used in the country’s financial system.

When did Salinas Pliego buy BTC?

The Mexican billionaire said he first purchased BTC for $500 through Grayscale in 2013, making it one of his “best investments ever” until 2018. He also tweeted in favor of Bitcoin remittances, which could be a potential $40 billion market for Mexicans sending cross-border payments to the United States.

Another Success From The Popular Joke Currency!