Home Entertainment Billie Joe Armstrong says he will renounce US citizenship after the Supreme... 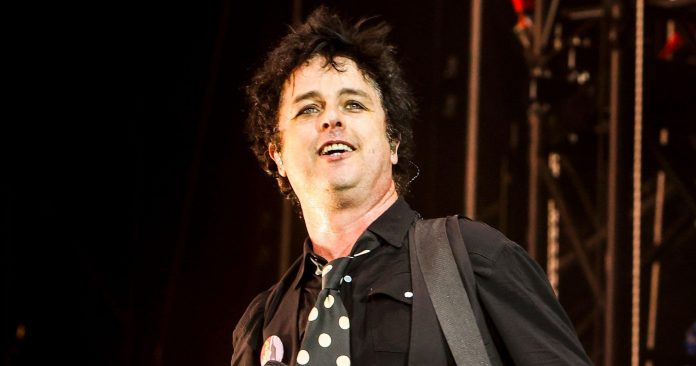 Is there no more “American Idiot”? Billie Joe Armstrong discussed the cancellation of Roe v. Wade during a London concert and made his strong feelings about it very clear.

Reaction of Olivia Rodrigo and other stars after the court overturned the Roe v. Wade decision

“To hell with America,” the 50—year-old Green Day singer said during a performance in the UK on Friday, June 24. — I, damn it, renounce my citizenship. I’m fucking coming here.”

Armstrong, whose band was joined by Fall Out Boy and Weezer as part of the Hella Mega tour, expressed disappointment with the United States government after thousands of citizens were denied the right to a safe abortion. “There are too many damn stupid people in the world to go back to this pathetic, damn excuse for the country,” the California native said. “Oh, I’m not kidding. You will get a lot from me in the coming days.”

The Foxboro Hot Tubes performer was one of many celebrities who spoke out after the U.S. Supreme Court’s decision to overturn Roe v. Wade after nearly 50 years. The historic case defended reproductive rights across the country, but now this issue will be decided in every state.

“People will still have abortions,” Padma Lakshmi tweeted on Friday as protests erupted across the country. “These procedures will not stop just because the case of Roe v. Wade is canceled. This will only prevent safe legal abortions.”

The 51-year—old Top Chef host added: “The right to decide whether to start a family or not is a choice that everyone should be able to make on their own terms when the right time comes for them. This freedom and dignity is what we all have to fight for.”

Lakshmi has been openly defending for many years, but the court’s decision gave some stars the opportunity to talk about their experiences for the first time. In a powerful TikTok video, Cheryl Burke talked about how she had an abortion when she was 18.

Mark Ruffalo and other male celebrities who are proud of feminists

“I am saddened by the news this morning and it is heavy on my heart because I had an abortion when I was 18 years old. If it wasn’t for places like Planned Parenthood, I would be a mother, and I wouldn’t be a great mother, and I definitely wouldn’t be sitting here with you today,” said the 38—year-old “Dancing with the Stars” professional. fans. “You are taking away women’s rights, our bodies, our freedom. Our bodies have nothing to do with anyone else, right? This is a decision we have to make.”

Celebrities, from movie stars to reality TV personalities, use their platforms to share resources with their subscribers. Olivia Rodrigo made the news on the world stage and sent a direct message to the judges who voted to cancel the Row.

“[They] showed us that, in the end, they really don’t care about freedom,” she said at the Glastonbury Festival before performing “F—k You” with British pop star Lily Allen.

The Last of Us 2: Multiplayer Assets Are Revealed on Video