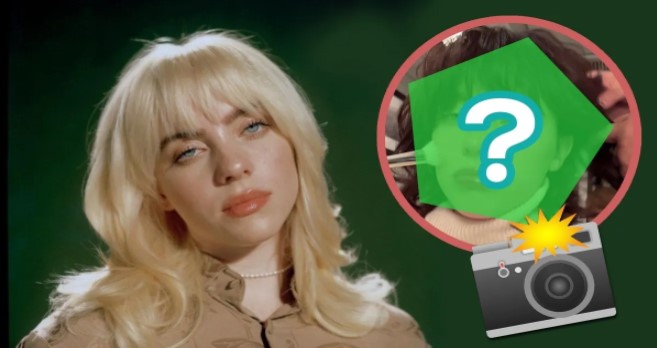 The Bad Guy interpreter has experimented with her hair on several occasions, but one of the shades she chose was about to remain a secret forever, this is the story.

If you have followed the career of Billie Eilish, then surely you already know several of her unmistakable hair looks, from lilac, blue, blonde tones and of course that black color with green roots that accompanied her in many important events.

This girl is not afraid to experiment and give her image a twist, especially if it is the beginning of a new era in her musical career. It is difficult to choose a favorite shade for the singer’s hair, but it seems that she could select one of the least loved of hers with some ease.

Recently the singer shared a photo in the beauty salon remembering a certain occasion when she painted her hair, but no one knew about it because the girl tried to keep it a secret and she did not show it to her fans until now.

BILLIE EILISH WITH RED HAIR, LIKE THE SINGER LOOKS

This artist had fun with her admirers and published a question box on her Instagram account where her followers wrote a certain date and Billie Eilish posted a photo corresponding to that day.

The images were very varied, but on November 22, she revealed a style that we had never seen her wear. According to her own message, she got rid of the blonde tone from her hair and in her place left a copper tone, however, this look of hers probably did not convince her, because she only kept it for one week.

After her experience with red hair, now the Therefore I Am interpreter wears a brown tone that looks great on her and that shows in her networks with all her charm.

Actually, all the looks that the girl has adopted for her hair have been amazing and although she chose not to keep the reddish color, at least now we can get an idea of ​​how it looks.

We also recently told you that Billie Eilish was nominated for the GRAMMYS, do you already know all the possible winners?

Demain nous appartient: Anna is back

BTS shares their plans for Christmas and gives a message