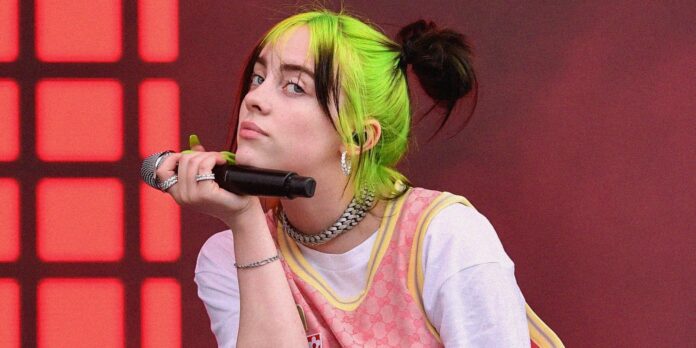 Billie Eilish is preparing to say goodbye to her iconic green hair, but not before responding to haters who criticize her look.

This Tuesday morning Billie Eilish updated her Instagram account with a story where she berated her followers and jokingly threatened to delay the release of her new music if haters don’t stop criticizing her green hair.

Apparently Billie’s fans have been requesting a makeover for a while now, but the singer responded to a couple of comments noting that her having her green hair has actually been a sign of improved mental health.

“Okay, I have a funny story to tell you, but first… stop making fun of me, my God! I’m making you an album. I won’t release it if you keep making fun of my hair. Shut up! “The 19-year-old singer said on her Instagram stories.

The “Bad Guy” singer explained that she plans to retire her classic green roots, which she initially colored in July 2019, with the release of her Apple TV + documentary Billie Eilish: The World’s a Little Blurry on February 26.

As we mentioned in The Truth News, Billie Eilish’s documentary captures teenage moments from her life, like getting her driver’s license and admitting that she sleeps in her parents’ bed because she is “afraid of monsters.”

“It will be the end of the era, I will give them a new era,” Eilish said on Instagram. “I have announcements to do, I have some things to get out … leave me alone, let me live with my damn hair I’ve had for too long.”

The five-time Grammy winner also responded to a fan who called her a “grass head” and suggested she got a new look: “It’s called not being depressed anymore, please be happy for me.”

Billie Eilish wrote in another comment: “This is the longest period I have had the same hair color since I was 13 and that is about mental stability and growth, leave me alone.”

See Also
You will not believe it! Billie Eilish is any fan's dream. Look what she did!

Taehyung could hide a secret from ARMY