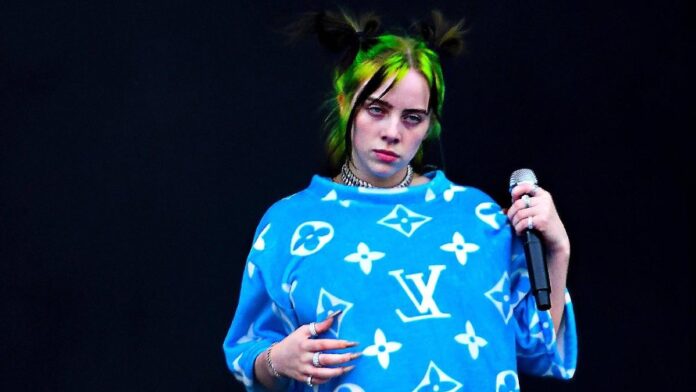 The singer took advantage of the quarantine to compose with her brother Finneas.

Billie Eillish became the best artist of 2020 by winning several GRAMMY awards for her music, being the youngest artist to receive such trophies.

The singer rose to fame with her first studio album “When We All Fall Asleep, Where Do We Go?” and it seems she is ready to release new music , as the quarantine inspired her to compose. We tell you the details.

According to an interview with Zane Lowe for the Beats 1 radio show, Billie revealed what she has done during her social isolation, early in the quarantine she admitted that she wanted to take advantage of her free time, it seems that her destiny will always be music.

Billie explained that she worked with her brother in the studio in the last weeks and they managed to create a complete song, she admitted that it was not her plans, but it came out of nowhere and she was satisfied with the result, because the lyrics she wrote was something she wanted to express. without her knowing.

Billie did not want to force herself to work on music, but now that the inspiration came she was able to start a new project, she did not reveal what it was, but she assured that she and her brother are planning something soon. OMG

Several celebs have been inspired by this social isolation, such as her friend Ariana Grande, whom she admires and believes is a great representation of pop music, Billie could not escape music, as it is natural for her.

The singer decided to take advantage of the time and focus on what she knows how to do best: music, unlike other artists, Billie does not want to do concerts online, considering that this is an opportunity to enjoy her free time, but her fans will soon have songs unpublished.

Marli Alexa Shows Her Cleavage In A Charming Neon Outfit

NCT 127 makes comeback with ‘Kick It’, Their new video

Famous Apple Analyst: ‘Corona Virus Will Not Affect the Output of...

Katy Perry reveals the sex of her first baby with this...

How long did it take the Simpsons to get their “predictions”...