Home Celebrity Billie Eilish presents ‘No Time To Die’ for the first time in... 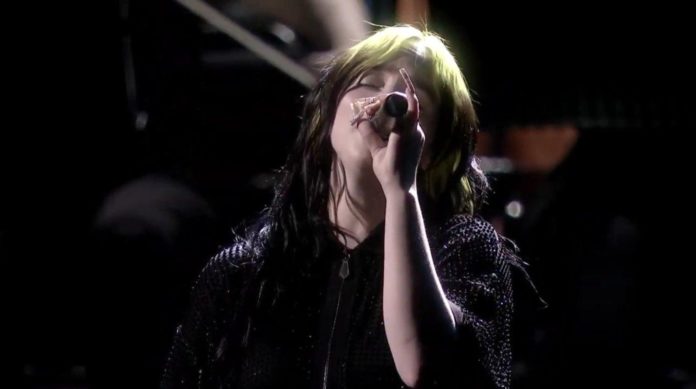 This is how the interpreter of ‘Bad Guy’ filled the stage of the 02 Arena.

With her brother at Finneas at the piano, Billie Eilish , the young Grammy winner performed the song ‘ No time to die ‘, in conjunction with the band of the musician Hans Zimmer .

The Brit Awards , edition 2020 , had the premiere of the song performed live by Billie Eilish , which was chosen as the singer to bring the main soundtrack of the latest installment of the saga of films of the agent James Bond .

The stage was lit just enough for Billie’s outfit , in black with crystals, to shine too brightly, her vocal ability demonstrated , the audience was stunned and in expectation of Eilish’s emotional interpretation .

BILLIE EILISH DID THAT. #BRITs pic.twitter.com/rGwO3FLPrP

It should be noted that the authenticity and talent of the American interpreter has monopolized all media. After having shared a preview of ‘ No Time To Die ‘, we can finally know all the power and depth of the song that will be part of the soundtrack of the new James Bond movie .

Watch the full presentation of ‘ No Time To Die ‘ here:

Yanet García has returned to raise the temperature of Instagram

Iris Mittenaere: Diego falls in love thanks to Misses!