Home Celebrity Billie Eilish launches climate campaign in which she wants the world to... 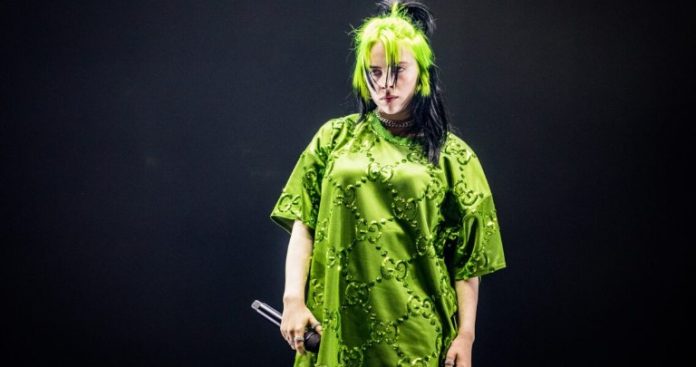 Billie Eilish attracted the attention of music lovers with her first single Ocean Eyes about seven years ago. While the singer has also won the hearts of her fans, as she always speaks openly about her lifestyle choices. In several interviews, you could hear her talking about her personal life. From clothes to music and what she eats, the American singer tells fans about everything.

And if you’re one of her ardent followers, you should know that the 20-year-old star is a vegan. She grew up a vegetarian and is a staunch supporter of a plant-based diet. One of the reasons is that she loves animals and she doesn’t like how animal products harm life. Following this belief for many years, she has launched a Climate campaign in which she wants the world to become vegan.

Billie Eilish recently demonstrated her support for Friends of the Earth through the Climate-Friendly School Nutrition Program campaign. In a recent video posted by Plant Based News on Instagram, this iconic singer talked about the treatment of animals in food products, which made her choose veganism. In addition, she added that animal husbandry is currently strongly influenced by climate change.

“Shifting our diet towards more plant—based foods could have a major impact on climate change,” Ailish explained in the video. Therefore, she wants the people of the world to help save the planet by giving preference to a plant-based diet.

The James Bond singer used her platform to support the FoE campaign initiative. As the organization currently aims to serve about five billion school lunches each year.

Meanwhile, in case you don’t know, Billie Eilish has previously taken the initiative regarding vegan food and climate emergency. As the singer campaigned during her “Happier Than Ever” world tour to encourage her fans to become vegans. There was an Action Village at every concert venue where people could join climate protection commitments.

What do you think about this young artist who uses opportunities to help the environment and human life? Let us know your opinion in the comments section.

The Truth of New Netflix Series That Will Be Obsessed