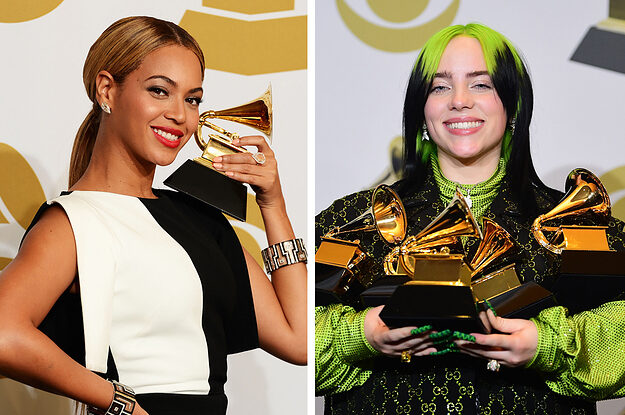 Beyoncé surprised Billie Eilish by congratulating her on her birthday on her website, something that filled the singer with happiness.

On December 18, the famous singer Billie Eilish celebrated her 19th birthday, and of course millions of her fans congratulated her through their social networks, showing the great admiration they have for the Therefore I Am interpreter.

Although the artist appreciated each and every one of her congratulations, without a doubt her favorite was that of the talented singer Beyoncé, who through her website gave the best congratulations to Billie Eilish, which caused a huge impact on she.

The famous singer, who holds a record 24 Grammy awards in addition to being one of the best-selling artists, expressed her admiration and affection for Billie Eilish, using her website Beyonce.com to congratulate the singer.

With a photograph from her childhood, Beyoncé wished Billie Eilish a happy birthday, as well as congratulating stars such as Cicely Tyson, Jake Gyllenhaal, Katie Holmes, SIA, Nicki Minaj and more, as well as paying tribute to some deceased celebrities.

If this were not enough, the famous Halo interpreter added in her CV ‘professional birthday congratulator’, as we found out in La Verdad Noticias that during this year she has congratulated a large number of singers, and movie and television stars.

It is worth mentioning that just a few days ago the first trailer of the Billie Eilish documentary was released, which will be broadcast through Apple TV and is already expected by thousands of its fans, which already ensures its success even before its official premiere.

At the moment, the celebrations for the young artist continue, and she will probably thank her fans by releasing a new hit, although we will have to wait for an official statement from her to know if we will have a new hit before the end of 2020.

V and Harry Styles are the kings of the color yellow...

Tomorrow is ours: Maxime Delcourt is making his return!