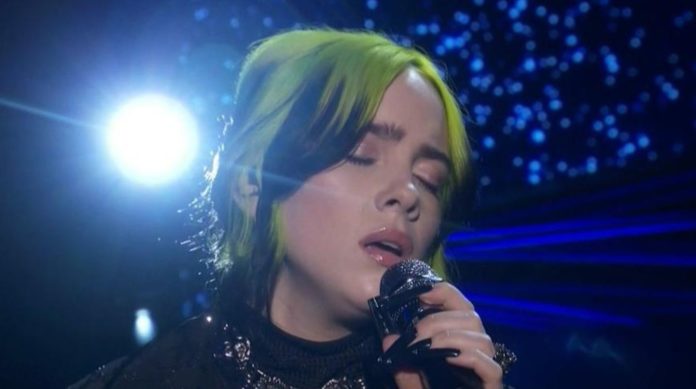 After dazzling with his outfit on the red carpet of the 2020 Oscar Awards, Billie Eilish surprised the audience once again with his presentation at the most important cinema gala during the “In Memoriam” segment.

The singer continues to make history in her career by having her first presentation at La Academia. The singer dressed in a beautiful black suit and sang “Yesterday”, a cover of The Beatles, an emotional song to remember all those actors who made history but unfortunately they are no longer alive.

Could I have a nomination? Recall that the singer will be in charge of the main soundtrack of the next movie “James Bond”, one of the most important sagas of cinema.

His fans expressed their excitement at watching his performance at the Oscars.