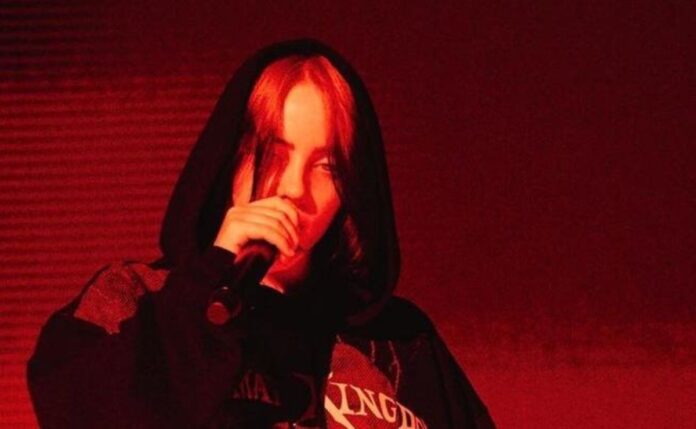 Billie Eilish falls in love with her fans when she speaks in Spanish, the young singer has gained great worldwide fame and has learned to communicate in other languages.

The music phenomenon has won GRAMMY’s, she leads charts and has millionaire sales thanks to the lyrics that she writes together with hers, brother of Finneas O’Connel. The singer has visited several countries and has made a place in the industry with only 19 years. She has broken records and has shown her rebellious and dark personality through her songs.

Billie Eilish is known by fans from several countries and when she usually gives them some phrases in Spanish she makes them feel connected to her, because she can communicate in the same language, although music breaks these barriers, it is always special when a famous person expresses himself in our language. to thank our support.

The “Bad Guy” star has made use of his ability in Spanish during his tours, interviews, concerts, chats with fans and even as part of his musical covers, demonstrating his ability to sing in another language and perfectly master the pronunciation and making everyone fall in love with his characteristic voice.

Through social networks, her fans have relived the times when she communicated in another language, we leave you a list with 5 times that Billie Eilish fell in love with her fans speaking in Spanish. Billie Eilish’s worldwide fame at a young age has been a great achievement, how much money does she earn per song on music platforms?

The singer surprised her fans at the beginning of her career by performing a cover of a song completely in Spanish, demonstrating her good command of the language and that she could record some heartbreak ballads if she wanted.

When she travels to other countries to promote her music, Billie Eilish has shown that she can communicate a little with another language, during her visit to Spain she sent a message to her fans for her visit with a great phrase in Spanish.

When she broadcasts live, she tries to interact with her fans and responds with several phrases in Spanish when reading the comments, her vocabulary is not as wide but the same as saying hello, I love you, love, stealing hearts of her fans.

It seems to be her favorite phrase, love is universal, it has no language, gender or race, so Billie Eilish learned the meaning of this phrase in Spanish and repeats it constantly to her fans when they send her messages.

Concerts are the perfect opportunity to interact with your favorite artist and Billie Eilish tries to be grateful with the support of her audience, so when she visits Spanish-speaking countries she gives them a great I love you on stage.