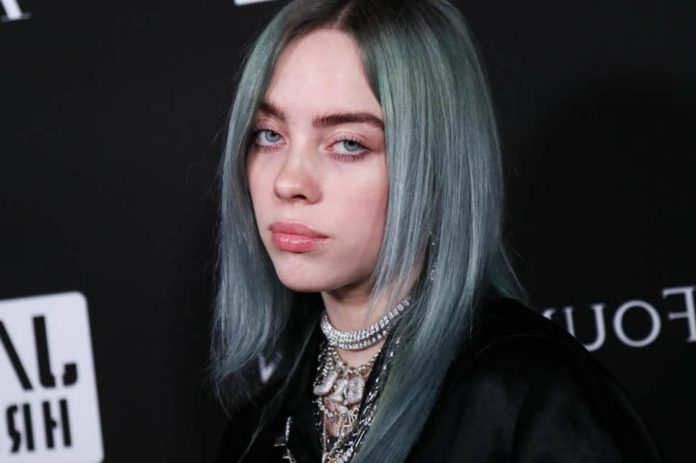 Billie Eilish denounces her fake Snapchat profile. The singer asks that her fans do not fall for the deception. Social networks have become essential for communication between people, especially, they serve as an interaction tool for celebs and their fans.

However, artists are often victims of hacking or identity theft . Billie Eilish , was one of the most recent victims of this type of fraud.

Through her Instagram account, the singer shared a storie to alert their fans on a profile fake of Snapchat. Some celebs are not registered on certain social networks, so some take the opportunity to create a user in their name and impersonate them.

In the message , Billie clarifies that she has never communicated through said app, she said that if you think you are talking to her, it is a lie, even if they try to give evidence. The singer regrets that some have been deceived. 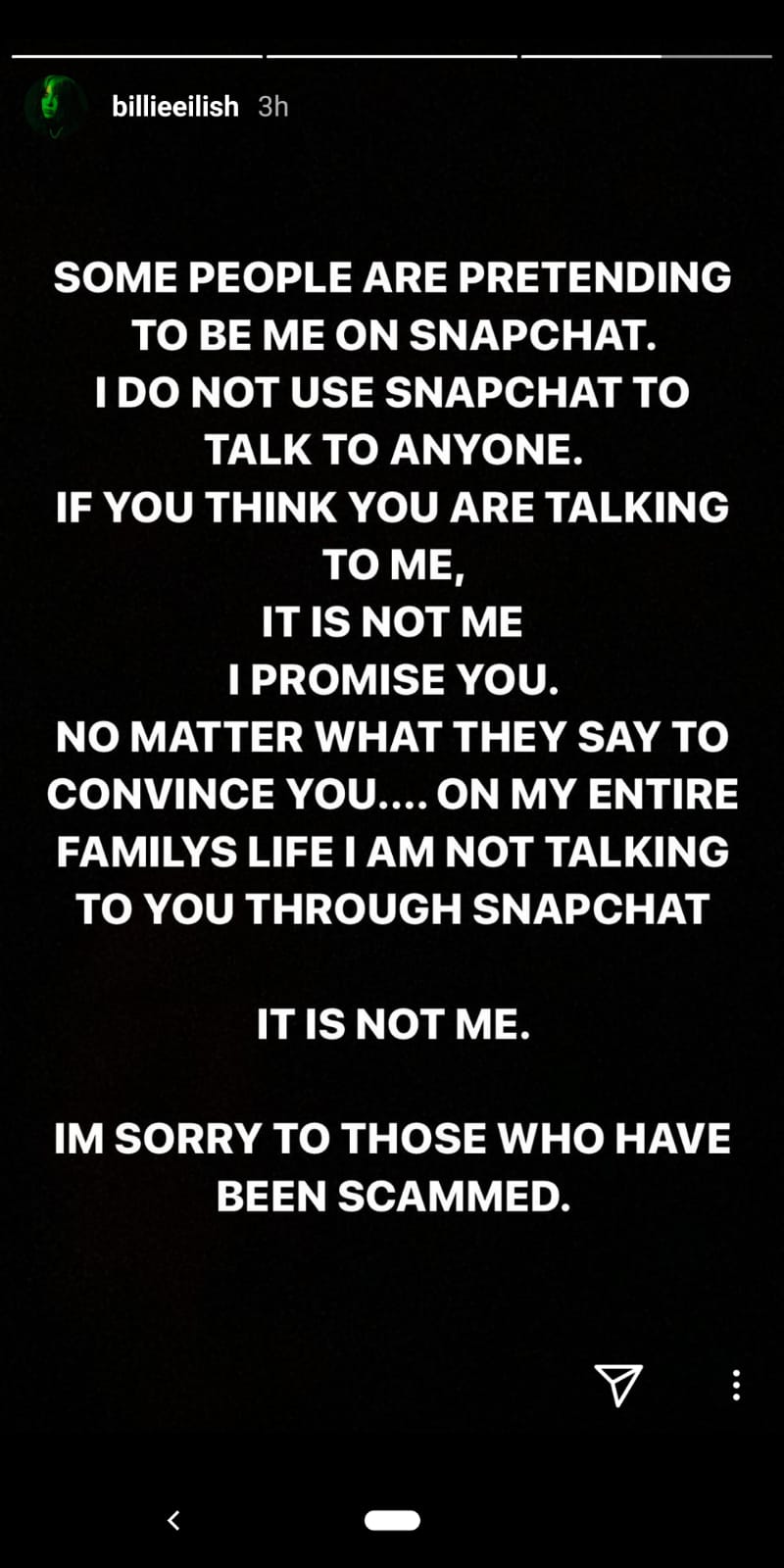 She did not specify what type of messages or content they shared in her name, but it is not the first time she complains, a few months ago she reported that there were people posing as her and imitating her.