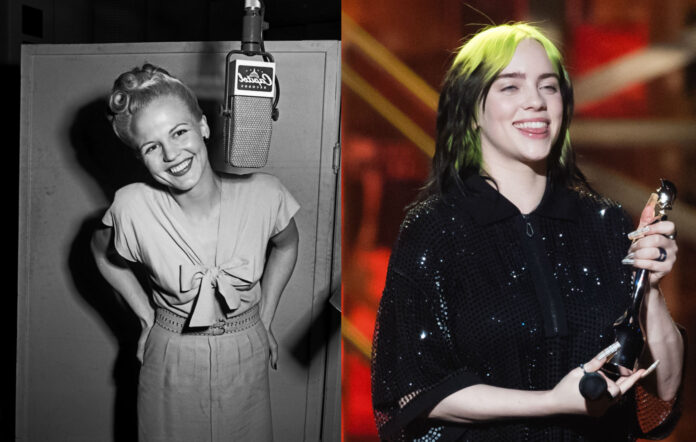 Billie Eilish will participate in a virtual panel next week to celebrate the life, music, and career of iconic singer Peggy Lee on the centenary of her birth.

Lee passed away in 2002 at the age of 81, was the first female artist to be nominated for Album of the Year, at the Grammys’ first ceremony in May 1959, and would win the Grammy for Best Contemporary Vocal Performance in 1969.

The panel will be presented by Scott Goldman, the moderator of the Grammy Museum’s public programs, as well as being broadcast on the museum’s website.