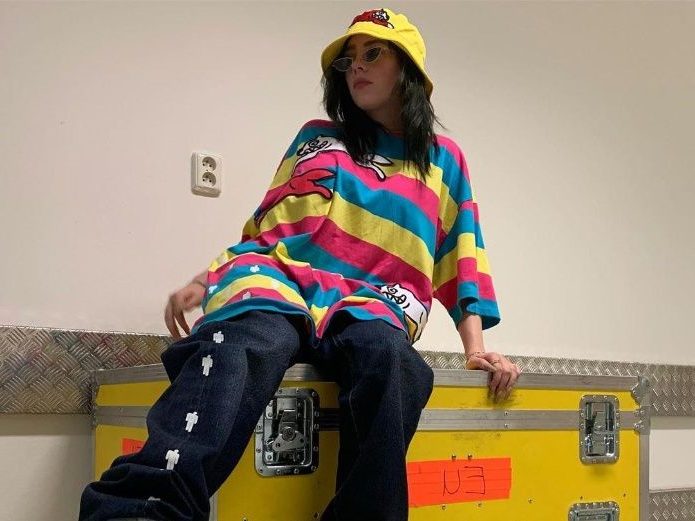 Billie Eilish causes tears with her new single. Billie Eilish, the 17-year-old singer who has become a great idol for many, has caused a great feeling in her fans.

Billie Eilish is back! finally released her long-awaited single ‘Everything I Wanted’ and has caused tears to her fans for the nostalgic sound of the new piece.

Many of her fans confessed they have cried just listening to the song, even without knowing what she said, but much more for those who did understand, because it touches very deep themes of the artist, where she tells how she has felt loneliness, or not feeling noticed.

Billie Eilish decided to write some words that left everyone intrigued in one of her Instagram posts, because she says that it is a very special song for her and that she will soon tell us why, her fans have resolved that it could be in what situation it is that she felt everything written on it.

THANK YOU @gucci FOR HAVING ME

She later commented that she was working on the video of ‘Xanny’ in addition to preparing two new songs, apart from this great release, which has excited her fans even more.

“Yes, the video of ‘Xanny’ is coming. Yes, I have two unpublished songs that are yet to come and that you haven’t heard in … Be patient, damn it!” Meanwhile, Billie recently admitted the idea of ​​recording her second album is “chasing her”, so she feels a little nervous about it.

The famous singer has a sense of fear around the possibility of creating new songs after the success of her first album ‘When We All Fall Asleep, Where Do We Go?’ that left her questioning her love for music a little.

Billie Eilish Pirate Baird O’Connell is her full name and she is an American singer and songwriter. She became famous as an artist when she was 14, following the song “Ocean Eyes” that was released in 2016 and became a viral phenomenon.

As Billie Eilish’s fame is growing as a foam, the most normal thing is that they also begin to abound and circulate photos and unedited material of her on social networks.