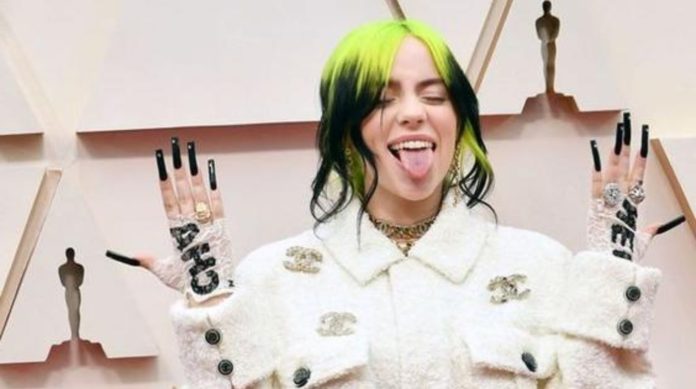 Billie Eilish breaks record with ‘No Time To Die’. The singer of only 18 years has been involved in a growth curve in her career, where she has taken off thanks to her talent.

Billie Eilish was announced as the official artist to interpret the track principal of the new film of James Bond , called ‘ No Time To Die ‘, which she wrote with her brother Finneas O’Connell, and which is also her musical producer and was first presented live by the duo at the Brit´s awards a few days ago.

But now the star has broken a new record , because it is that the American is the second female artist to reach number one with a main track of the saga of agent 007 in that position, the first singer was Sam Smith in the year 2015 with Specter.

The soundtrack ‘ No Time To Die ‘ was released on February 13, last week, despite this, the track has more than 90,000 list sales and 10.6 million broadcasts , according to ‘ The Official Charts Company ‘ , company in charge of measuring the numbers in the graphs of the charts, also on the YouTube channel has more than 33 million of visits .

Hailey Baldwin doesn’t want to be compared to Selena Gomez