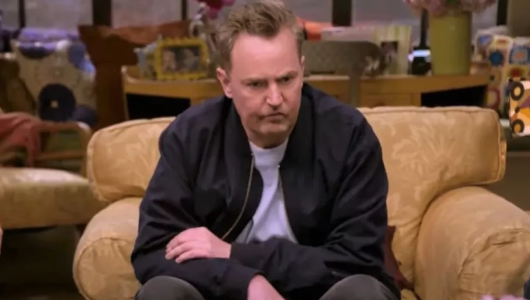 Matthew Perry’s memoir “Friends, Lovers and the Big Terrible Thing” hit the headlines even before it hit the shelves. The book includes a number of interesting facts: from how Perry convinced Julia Roberts to appear in Friends, to how he unflatteringly called Keanu Reeves. But mostly the book gives Perry the opportunity to talk about his long-term struggle with drug addiction. This personal struggle led him to multiple stays in a rehabilitation center, as well as one or two medical emergencies. But one major event described in the book is an accident that Perry experienced a few years ago. The actor recently spoke about his near-death experience after talk show host Bill Maher told him, “I’m glad you’re here.”

Maher commented on the story by introducing Perry on his late-night talk show Real Time with Bill Maher. After reading the candid memoir, the late-night host seems stunned that the star of Studio 60 on the Sunset Strip is still here to tell his story. The polarizing comedian even mentioned that many people in Hollywood and beyond have seen the TV actor “in a dead puddle,” including Perry himself.

After listening to the stand-up comedian about his heartbreaking story, actor Chandler Bing continued his story. According to him:

About seven years ago I had a terrible accident. I was given a two percent chance of survival. They [the doctors] didn’t tell me that, obviously, because I wasn’t really there, but they told my family. I was put on a machine called ECMO, which you, after reading my book, know what it is… they called it “Hail Mary” when they put you in a real machine. And five people were on EKMO that night, and the other four died, and somehow I survived.

Matthew Perry is very lucky that he got out of this situation alive, and he is fully aware of it. After talking about the near-fatal incident, the 53-year-old actor admitted how his faith played a role in his recovery from addiction. You can watch the honest and funny conversation between Perry and Bill Maher in the full video below:

Fortunately, at this stage of his life, an actor can tell the truth with a sense of humor and reverence. The stories he’s been telling since the book was published, frankly, haven’t been pretty. However, it’s wonderful to see him talk so openly about everything he’s experienced when it comes to addiction. At the same time, he also discussed how others noticed his problems.

During Matthew Perry’s recovery, there were several famous people, including his colleague in the movie “Friends” Jennifer Aniston. He reflected on how the morning show star had approached him about his struggle with addiction. On top of that, he even recalled that he and Aniston reacted differently to the finale of the series “Friends” and how his personal problems played a role in it at the time.

Along with his struggle with addiction, the “Odd Couple” actor told some amazing stories, such as a party with his partner in the movie “Nine Yards” Bruce Willis. Needless to say, the book is quite fascinating. But while the text may be interesting, let’s not forget that it focuses on someone’s hard life experience. I think many will agree with Bill Maher when he says it’s good to see Matthew Perry succeed.

You can purchase the book “Friends, Lovers and the Big Terrible Thing” at a local bookstore or order it online.

Kojima Wants To Make Games That ‘change in real time’