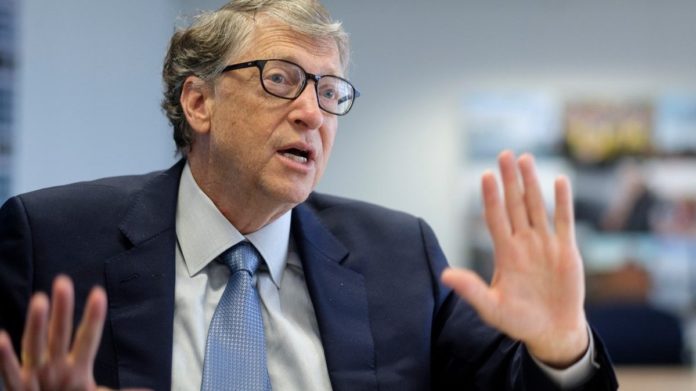 Based on government estimates shared by the US government on Tuesday, Bill Gates has introduced a 3-step process that needs to be taken to help prevent the Covid-19 outbreak that could kill 100,000 to 240,000 Americans. Those three stages are briefly: Close the country, increase tests, treatments using data and develop a vaccine.

Bill Gates clearly reveals his aggressive plans
Microsoft founder, billionaire and philanthropist Bill Gates made a call for the most effective way to combat the Corona virus on Tuesday. This call was a nationwide closure call. The plan proposed by Microsoft co-founder Gates published in the Washington Post yesterday afternoon. Gates has been talking openly about plans to take more aggressive action to combat the new type of Corona virus in recent days.

“The U.S. missed the opportunity to prevent the Corona virus,” said Bill Gates. However, the window for making important decisions is still not closed. The choices we and our leaders are making now will affect many issues. These elections; It will answer how quickly the number of cases will decrease, how long the economy will remain closed, and how many Americans will have to bury someone they love because of Covid-19. ” found in the description.

Here is a summary of Bill Gates’ Corona virus plan
Curfew: Gates first regarded some states not being completely closed as a “disaster recipe”. “Since people can travel freely on state lines, the virus travels with them. Country leaders need to understand clearly: Closing everywhere means closing everywhere. No one can continue working as usual or ease the curfew until the number of cases falls in America, which may take 10 weeks or more. ”

Corona virus tests: Gates said that more tests should be done and the data obtained should be put together. “So we can quickly identify potential volunteers for clinical trials and understand when it’s time to go back to normal.” said. Given the lack of test kits, he said there should be clear priorities about who to test. He also cited an effective test method developed by the Gates backed Seattle Coronavirus Evaluation Network.

Corona virus vaccine: Gates said that it can be vaccinated in less than 18 months with a data-based approach and rapid trials. Gates also said that the federal government should help build facilities to be vaccinated.

Gates also mentioned the 2015 TED talk
Gates also added the 2015 TED Talk, which showed that he had warned the world about a Covid-19-like pandemic. Gates said, “In a TED talk in 2015, I called on world leaders to prepare for an epidemic as if they were preparing for war. We could have done this beforehand by running simulations to find cracks in the system. As we saw this year, we still have a long way to go. But I still believe that if we make the right decisions with the experience of science, data and medical experts, we can save lives and restore the country. ” said.

There are currently more than 200,000 confirmed cases of Covid-19 in the U.S. According to the New York Times newspaper, the number of deaths has tripled in the US since Thursday morning, approaching 4000 people.