Home Celebrity Bill Gates Resigns From His Position At Microsoft 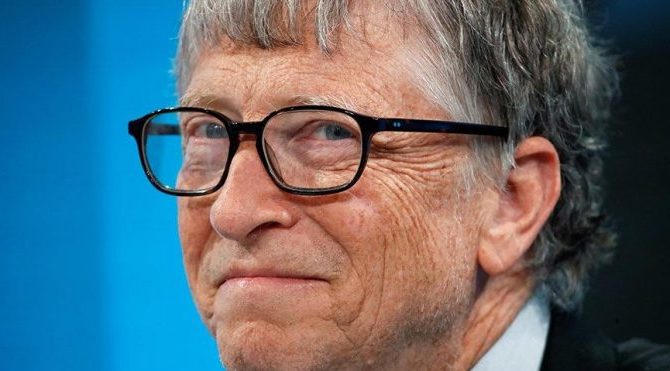 Microsoft’s keystone name, Bill Gates, is also known for his donations and work for world health. Gates, who wanted to develop himself in this field, withdrew from his position on Microsoft’s Board of Directors and resigned.

Corona virus, which has not been on our agenda for more than a month, continues to affect our world and our lives negatively. While the number of cases is remarkable in the regions that take precautions and are ready for the virus, the high number of deaths is revealed in the areas where no precautions are taken. The name in the executive seat of Microsoft, the giant company of Silicon Valley, has resigned to spare more time for world health.

Bill Gates resigns from board of directors
The technology company Microsoft, which was founded in 1975 by Paul Allen and Bill Gates, has always come across with innovative innovations. Microsoft, which is currently the owner of Windows, one of the most used operating systems in the world, has brought a sad statement today.

According to the statement from Microsoft, Bill Gates, co-founder and technology consultant, resigned from the Microsoft Board of Directors. According to the press release, it was stated that Bill Gates’ aim in this movement was: “Spend more time on charitable priorities, including global health, development, education and climate change”.

However, it is also mentioned that Bill Gates will continue to be a technology consultant to Satya Nadella, who is the CEO of Microsoft. “It was a great honor and privilege to work with Bill and learn from him over the years,” said Nadella. I am grateful to Bill’s friendship and continue working with him to achieve our goal of encouraging every person and every organization on the planet to achieve more. I look forward to you “.

Gates’ statement is as follows: “Exiting the board does not mean getting away from the company in any way. Microsoft will always be an important part of my life. I will continue to help Satya to help shape the company’s vision and achieve the company’s ambitious goals.”

Why The Tech Fairy Wasn’t Included In The Series

Trailer, release date and why watch the new Netflix series