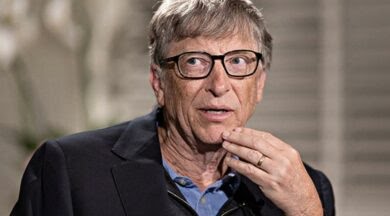 WE DON’T BELIEVE THAT WE CAN GROW

“The continuation of Bill Gates and Melinda Gates’ statement is as follows: * In the last 27 years, we have raised three wonderful children and established a foundation that works all over the world to ensure that all people live healthy and productive lives.

Pfizer Vaccine Approved For Teenagers 12 To 15 Years In The...