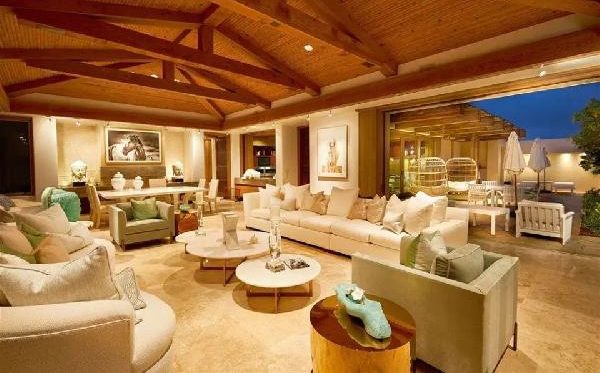 Microsoft’s founder, Bill Gates, settled in an oceanfront mansion with his wife because of the coronavirus epidemic that turned into a pandemic. The mansion, which is said to cost 43 million dollars, has an area of ​​5,800 square meters and this ‘cute house’ was first displayed.

Bill Gates, the founder of Microsoft, one of the most famous names in the software industry, is among the richest people in the world. Gates, who recently resigned from his position at Microsoft and devoted himself to projects against the coronavirus, which turned into a pandemic, now lives with his wife in an oceanfront mansion in the USA. Gates and his wife, who will stay here throughout the quarantine, have been displayed for the first time, which is thought to cost exactly $ 43 million.

Bill Gates’ mansion, which is thought to cost $ 43 million
This mansion, where Bill Gates and his wife will remain in quarantine for a while, has a 10-person Jacuzzi. Thus, the hosts and their guests can enjoy the jacuzzi all together. However, the possibilities offered by Bill Gates’ $ 43 million estate are not limited to this.

The 5,800 square meter mansion owned by Microsoft founder Bill Gates; It also has interesting living areas such as home cinema, tennis court and glass pool. In short, Bill Gates seems to be in a house that will meet all his needs right now and will stay here for a long time.