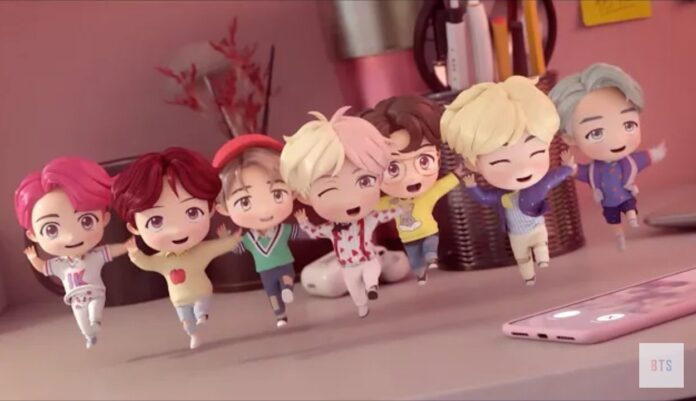 BigHit could plan a new release with TINY TAN brand. Apparently, the company will make new releases with the chibi version of BTS.

As the K-pop phenomenon grows and after renewing the contract with BTS to continue working for the next 7 years, BigHit readies everything for its next releases through a new brand.

The agency seems to have plans to increase the popularity of the boys and start a new business with their image, we tell you what we know about TINY TAN , the chibi version of BTS.

BigHit reportedly registered the trademark, whose logo is similar to that of BTS , consisting of 2 black bars. According to the first information circulating, the company could launch several collections of accessories, cosmetics, accessories, music, among others.

The registration process started in June, days before BTS’s old contract ended today. Apparently, this project will be similar to BT21 , but unlike characters, they will be chibis of each member.

The first release of these versions were some dolls in collaboration with Mattel, also a few months ago BigHit revealed at a conference that a new BTS video game is planned to be released .

Until now, it is unknown if there will be songs, MVs , or collectibles like BT21 , but given the new deal the group is already working under, BigHit will explore new markets with TINY TAN.

Some ARMYs have already begun to speculate on the launch of TINY TAN, the chibi had an adorable participation during the Bang Bang Con in commercial breaks, they also recreated “IDOL” in an animated video.

TINY TAN ARE SO ADORABLE pic.twitter.com/OyhSaeJpV4

BTS held their Bang Bang Con concert a few hours ago to reunite with ARMY and commemorate their anniversary, the boys announced that their previous contract ended, but now they are under a new one because they have managed to succeed with each other and their relationship with Bighit.