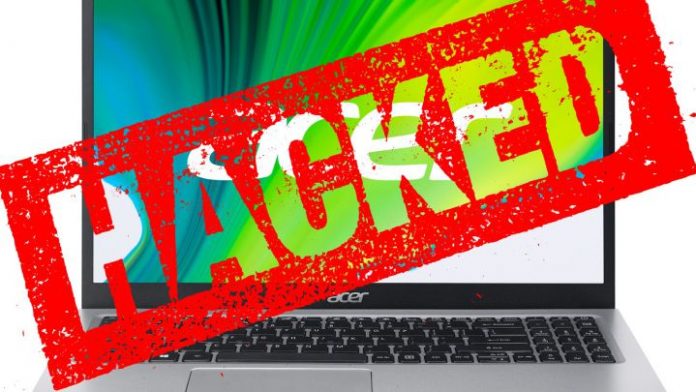 Acer is one of those brands that usually sounds to everyone, either because they have their laptop or TV, or because they know someone who does. The giant in the field of consumer electronics is a Taiwanese company known for manufacturing laptops, desktops, monitors and even TVs, with a workforce of 7,000 employees and earnings in 2019 -before the world stopped due to the coronavirus- of $ 7.8 billion.

The biggest ransom for Ransomware

But today Acer is in the news not for having launched a new laptop or a gaming panel, but for having been the victim of a cyberattack. A hack done by the hacker group REvil using a ‘ransomware’ type virus that is dedicated to ‘hijacking’ computer systems and equipment, preventing its users from handling them until they have paid an amount of money – physical or in cryptocurrencies – as a ‘rescue’.

And it is precisely in the amount demanded by cybercriminals where the focus of interest is centered, since REvil has asked Acer no less than 50 million dollars in exchange for freeing its systems, a shot, crazy amount and that basically is already the largest requested by hackers in the field of ransomware attacks.

This week, REvil announced on its website about the data theft and security breach they had created in Acer’s infrastructure, and shared some images of allegedly stolen files as evidence. These leaked images correspond to documents that include financial spreadsheets, bank balances and bank communications. LegMagIT’s Valery Marchive discovered the REvil ransomware sample used in the Acer attack, which demanded a whopping $ 50 million ransom.

Later, the BleepingComputer website found the sample and confirmed that “based on the ransom note and the victim’s conversation with the attackers, the sample is from the cyber attack on Acer.”