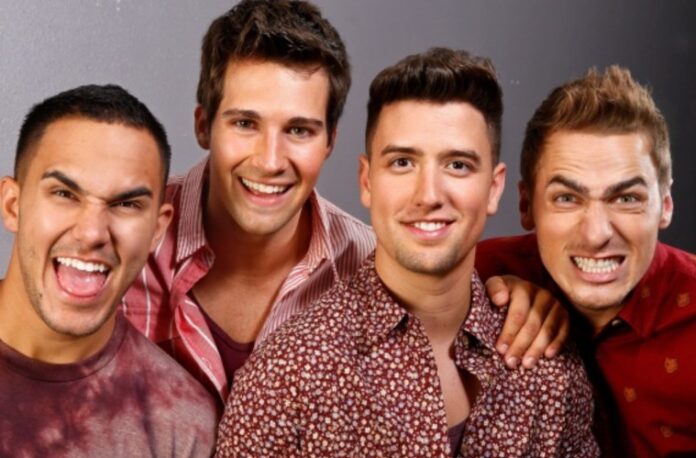 It was in 2015 when the boyband Big Time Rush made up of Kendall Schmidt, James Maslow, Logan Henderson and Carlos Pena decided to separate, to continue on different paths in their different careers.

Each one followed his path, some in acting and modeling, others continued in the world of music, while some others married and formed their family. However, the four continued to be great friends and after a long wait, today they surprised all their fans with a reunion of Big Time Rush.

This happened through social networks where the four artists recorded a new version of Worldwide, one of their greatest hits; They shared this on Instagram, Facebook and Twitter with an emotional message, which motivates their followers to continue at home and be strong in the face of the health crisis that is being experienced due to the Coronavirus.

“These difficult times around the world have made us want to connect very much with all of you. They have also made us want to be connected to each other. We got inspired to record and sing together again seeing how many smiles our video made weeks ago creates. Recently, we spent time recording one of our favorite songs (apart from safely) and we wanted to share it with all of you as our little way of saying thanks. ”

“We send love to all of you ALL OVER THE WORLD. Take care, take care of each other, please take care of all your neighbors. We will be thinking of you… ”

These challenging times around the world have made us want to connect with all of you so much. They have also made us want to stay connected with each other. We got inspired to record and sing together again seeing how many smiles our check in video created weeks back. We spent some time recently recording one of our favorite songs (safely apart) and wanted to share it with you all as our small way of saying thank you. We are sending love to all of you WORLDWIDE. Please take care of yourselves, take care of each other, pls take care of all of your fellow neighbors. We’ll be thinking about you…

The latter has been enough to flood Twitter with different reactions, especially from fans who did not expect this. Here are some of the funniest.

However, this is not the first time that Big Time Rush is reunited, since a couple of months ago they also did it remotely, sharing a message of encouragement to everyone to stay home.

It is not yet known if this will be the only collaboration together, after years working as a team on a boyband that arose thanks to the same television program called Big Time Rush. And tell us, would you like to see them again as a band?

New movie of “The Simpsons” is in development