Home Crypto Big News from SHIB, Dogecoin and These 6 Altcoins! 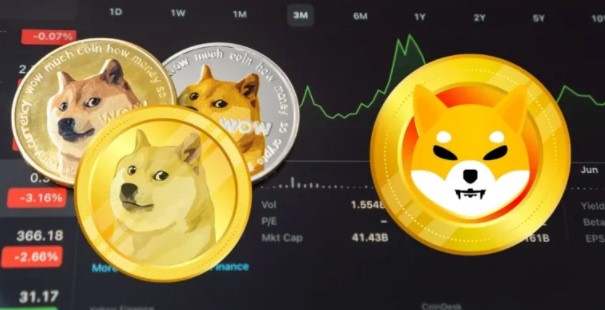 Shiba Inu (SHIB)’s token burn campaign that continues without slowing down and the latest developments around Dogecoin (DOGE), where whales started to accumulate, will be among the news we will examine today, along with 6 altcoins.

Dogecoin whales have become more active in the last 24 hours. Data provided by IntoTheBlock shows that Dogecoin is currently held at 2.89 million different addresses, with whales sharing 237 million of the total Doge supply. That’s a $33 million investment by whales alone.

Solana-based NFT marketplace Magic Eden may raise $27 million in funding from Sequoia Capital. Shaun Maguire, one of the company partners, announced that OpenSea is less due to its dependence on Ethereum, and therefore they will allocate funds to Magic Eden.

Terra founder Do Kwon made a $1 million bet with a Twitter phenomenon that the price of the LUNA will stay above $88 a year from now.

In the latest developments from the Ripple and SEC case, the court rejected Ripple executives’ request for the SEC to drop the charges against them. Following the rejection, the SEC was tasked with demonstrating that individual defendants joined Ripple, contributed positively to the success of the ICO, and participated in profit sharing.

Over 774 million Shiba Inu (SHIB) have been burned in the past 24 hours. Thus, there was an increase of 5967.15% compared to the previous day. You can take a look at the current statements made by Shibburn about the SHIB token burn campaigns, which we have transferred as Kriptokoin.com.

Leading cryptocurrency exchange Binance has announced that it will list Kadena (KDA). Also, KDA/BTC, KDA/BUSD and KDA/USDT pairs will be opened for trading. Users can now start depositing KDA in preparation for trading, but withdrawals will begin March 12, 2022 at 11:30 (UTC).

Polygon (MATIC), one of India’s largest online travel companies “makemytrip”, has launched its own travel-based NFT collection on Polygon-powered ngageNFT. Since late 2021, Polygon has seen an influx of global brands launching NFT on its Blockchain.

Infrastructure support from the US company to Chivo, the official wallet...