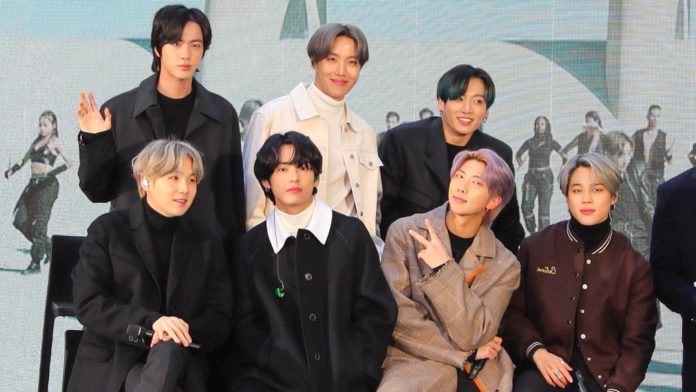 The Big Hit rules that BTS has broken. These idols have challenged your company in fun ways.

Each of the entertainment companies that represent idols in Korea has a regulation that, although it varies from one to the other, tends to be quite limiting in the way the artists operate.

Generally, when idols break one of those rules, they run into it, some of the most popular being not having appointments or, in some cases, not being able to process your driving license.

Agencies have control of almost all the activities of the boy and girl groups , however some of their rules may seem somewhat invasive. Although Big Hit is known for being a company that does not limit its artists so much compared to the others , there have been cases in which the BTS guys have broken the restrictions that have been imposed , keep reading and find out what they are.

Without any bad intention and making use of their liberties, the boys have caused the company to sometimes be in trouble , but for the fans this has left a series of fun moments.

JIN’S HAIR
The image of idols is very important for companies, since for months they plan the looks that each one will use for the next comeback. In addition, it is important that they have a good appearance, healthy hair, a clean complexion, etc. For this reason, idols cannot make changes of look without the authorization of the company and its stylists. However, Jin repeatedly cut his hair by himself and showed it to fans, when Big Hit did not allow this idols to paint his hair, he threatened to do it on his own if they did not support him in that decision, for what the company had no choice but to accept.

ALCOHOL CONSUMPTION
During a broadcast, the staff told the boys that they couldn’t drink alcohol while they were in front of the camera, so they should wait until they finished the video. Despite this, Jin showed his autonomy and said that he did not follow the rules of the agency. Oops!

SAVE ME PLAYBACK
‘Save Me’ is the webtoon that was inspired by the BTS universe, when the story was shared with the public Big Hit asked fans not to take screenshots of the story and also not share the content by any other means. They were surprised when they saw that it was Jimin who made a screenshot of his character and shared it on the group’s networks, so that many followers retweeted and saved it, but many others also informed him of the indications that the company had given.

COPYRIGHT
During a video shared through the group’s networks, J-HOPE gave fans a tour of their studio, while this was happening, one of their songs was playing in the background, the funny thing was that when the idol showed the screen of his computer where the music was playing, the followers of the group could see that it was a lyric video made by fans that contained the translation of the song. These videos infringe Big Hit’s copyright, but the idol did not hide the fact that it was being reproduced.

PARTY!
During 2014, Taehyung and Jungkook shared a whole adventure through their Twitter, where they constantly updated their fans about what they were doing. However, it was a night where they had both gone out to party and had a little drink. At least the fans knew that they had had a fun time that they deserved.

Why is the character Gilderoy Lockhart memorable?

New Weapon Comes Out to Call of Duty: Modern Warfare

Xbox Series X has 802 GB free for use on SSD

Oppo K7x design and launch date has been announced!

BTS COULD HAVE A NEW MEMBER

Here are the 10 best commercials Taylor Swift has been in

Mulan criticized for filming in a region of China