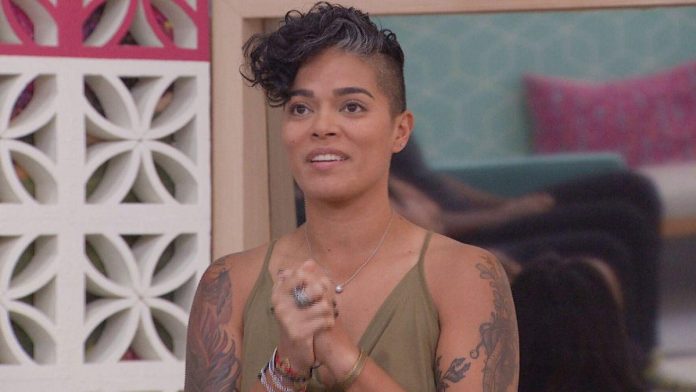 The 24th season of “Big Brother” said goodbye to Nicole Layog in week 4, and soon after the release of the house, she found out how controversial the relationship with her and other houseguests with Taylor Hale had become. Nicole and Daniel Durston have received the lion’s share of criticism from both fans and former guests, and now that she has seen some of this negativity, Nicole has shared with CinemaBlend her new thoughts about Taylor, as well as some concerns about Daniel.

I spoke to Nicole Lyogue a week after her eviction, after she had time to learn and listen to the fans’ responses, as well as to see how her comments and actions affected Taylor. I asked Nicole if her eviction and media interviews were a “double blind side” for her, and learned the following:

I definitely saw myself walking home. The part I was ready for. Obviously, hearing about the things that were coming out of my mouth and how it really affected Taylor, I was stunned and just broke my heart. And it still breaks my heart because she’s obviously still in the house and we can’t decide anything until she’s gone.

Nicole may have been one of the most prominent names Big Brother fans have called out, but she certainly wasn’t the only one to make snarky comments that left Taylor isolated and frustrated in the first weeks of the game. Amira Jones also faced a backlash from her side when she left, as did Paloma Aguilar when she re-appeared online after quitting the game for personal reasons, which ultimately gave Taylor’s game a new lease of life.

The houseguests attacked Taylor almost at the very beginning of the game, to the point where it’s hard to pinpoint any specific thing that led to her abuse. I asked Nicole Laiog to give some insight, and although she couldn’t speak for the other guests, she explained why things had escalated on her side when it came to Taylor, saying:

As for the things I said about her, I still haven’t looked back at any of those things. But thinking about where things could have gone downhill — I’m a very protective person, and when the people I care about and the people I feel I protect the most feel threatened, I felt I had to protect them. So I started getting mad at her, and I started getting frustrated with her, and that’s really where it came from.

Nicole added that her relationship with Taylor only worsened after the events in the bedroom, as well as the incident with Daniel, to which Janelle Pierzina and others reacted. That day, Nicole was offended when Taylor informed her that she could “throw in the towel” and not participate in the upcoming competitions if she didn’t like it, as Nicole cried after the production team shared the news. with her about her mother.

Big Brother is on the eve of another eviction, and at the moment it seems almost certain that Daniel will be the next person to leave the house. Nicole was Daniel’s biggest ally and possibly his closest friend there, and so she expressed concern and considered how he might react after hearing about the negative reaction after the eviction. According to her:

I’m worried about him. I’ve obviously already heard some negative reaction towards him, and then most of my questions in the media were about me and Daniel’s gameplay and what we were doing. I hope he can accept that, and I hope he can see the full picture, not just his experience, and really see how everything affected Taylor. I realized one thing: her feelings are grounded, and I care about her, and I want to be able to communicate with her in this, and I hope he does too.

Nicole Laiog confirmed to CinemaBlend that she has contacted the other guests who have been evicted this season and that she appreciates the opportunity to talk to them at this time. Nicole also noted that she is likely to remain a fan of “Big Brother”, although it will be difficult for her to sit down and watch her own season.

The last evictee also expressed a desire to contact Taylor in the finale to try to discuss the situation, but it is currently unknown how Taylor can accept such a conversation. Taylor, who eventually found safety among The Leftovers alliance, quoted Rihanna on the night of the eviction and told Nicole, “You look so stupid right now,” before the guests voted to send Nicole home. She may not be in the right place to want to hear any apologies from Nicole or others, but I think we’ll just have to wait and see in the coming weeks.

“Big Brother” airs on CBS (opens in a new tab) on Sundays and Wednesdays at 8:00 p.m. ET and Thursdays at 9:00 p.m. ET. Subscribe to Paramount+ to follow what’s happening live and the many moments that they often don’t get into episodes.