Home Entertainment Big Brother: which guests can be recruits and how it affects the... 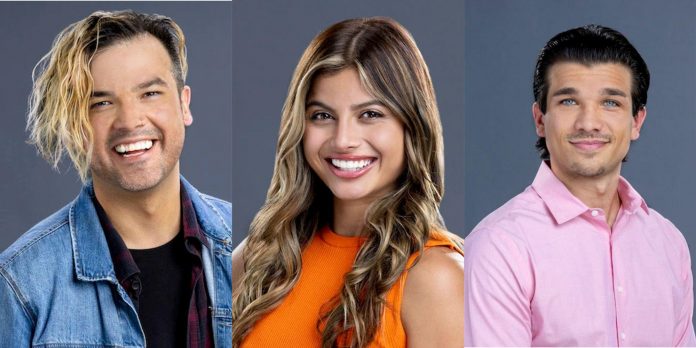 Big Brother 24 launched last week with 16 new guests ready to compete for the grand prize of $750,000. While many participants who have entered the house over the years have actually been fans of the game long before participating in the competition, some don’t know anything about the show or how it works. In fact, over the past few years, many guests have been hired by the production with the ability to play the game.

Since “Big Brother” has been on the air for so many years, the show has always managed to evolve along with the ever-changing times. Initially, only people who went to audition on their own took part in the show. Over the past few years, as social media has become more popular, producers have decided to recruit a few players. As a rule, viewers can determine which players were hired by the number of Instagram followers that Big Brother guests had before their participation in the show. Another important indicator is how much these people know about the game.

As in the past few seasons, Big Brother 24 does have recruits among the cast. Many fans took to Reddit to discuss their assumptions about which guests were invited by the producers to participate in the show this season. The most obvious recruit among the new line—up is Kyle Kapener. In his opening video during the live premiere, Kyle revealed that he is a big star of Tik Tok. He has gained a lot of fans thanks to his dance videos. In addition, he has more than 90,000 followers on Instagram. Another possible recruit is Alyssa Snyder. Not only does she have over 50,000 followers on Instagram, she is also friends with Alyssa Lopez from the 23rd season of Big Brother, who is currently participating in The Challenge USA. There are rumors that it is actually easier for a person to get into the season of “Big Brother” if he knows the former player. On the other hand, Alissa claims to be a long-time fan of the series. Therefore, it is quite possible that she is not a rookie, but had an advantage in casting thanks to her friendship with Alissa.

Another possible recruit who seems quite obvious is Jasmine Davis. Jasmine doesn’t have as many fans as Kyle and Alyssa; however, she still ranks third among actors with over 27,000 subscribers. Although Jasmine is a country girl at heart, she is the founder of Press On Honey, a nail brand that has been featured in Women’s Health and Vogue magazines. Jasmine told about it during the opening montage. Other “Big Brother 24” guests that some fans consider recruited include Amira Jones, Indy Santos, Joseph Abdin, Monte Taylor and Paloma Aguilar.

While some past recruits have proven to be good Big Brother players, this ultimately affects how the seasons unfold. As a rule, these recruits don’t know much about the show. The production is supposed to force them to watch past seasons of the show while they are in pre-season isolation; however, this does not equate to knowing the show by some superfanates. In addition to this, by picking up recruits, the production deprives the cast of opportunities for potential players who know the game inside out. With “Big Brother 24” still going on, fans will have to wait and see how the rookies adjust to such a challenging game all summer.