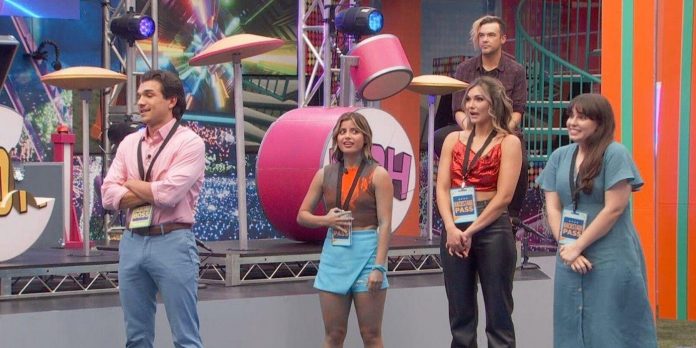 Despite the fact that not a whole week has passed, the 24th season of “Big Brother” is already causing controversy, and producers are telling guests about microaggression in the house. Big Brother 24 recently returned to CBS with 16 new guests entering the game, where they are isolated from the outside world for 85 days. Every week during the summer, one guest will be evicted until the last survivor wins the grand prize of $750,000. The first live vote and eviction will take place on Thursday, July 14, when the eventful first week will finally come to an end.

During the live premiere of Big Brother 24, Daniel Durston, an Elvis impersonator from Las Vegas, won the first HOH competition and got all the power. The guests quickly united so as not to be the first to be evicted. Taylor Hale, a former Miss USA contestant, was immediately ostracized and ostracized by the rest of the house, especially Paloma Aguilar, who convinced the rest of the house to turn against her. Taylor, a black woman, was called “aggressive” by other guests and thought she would “explode” if she was brought forward, although there was no evidence to support this accusation.

The producers of “Big Brother” confirmed to Variety that the guests had to undergo sensitivity training before entering the house. The producers also said that they talked to the contestants about microaggression towards other guests of the house. Paloma and Jasmine Davis were the main sources of Taylor’s bullying, but Monte Taylor, Joe “Puig” Puccarelli and Terrence Higgins were also the culprits, lying about her, talking about her behind her back and even using profanity. Few houseguests tried to be polite to Taylor, leaving her alone for most of the Big Brother game, to the point where she was caught on camera sobbing in the bathroom.

Several Big Brother alumni have come out against the current guests and producers of Big Brother for allowing such treatment of Taylor. Tiffany Mitchell, Hannah Chaddha and Aza Awasum, members of the famous Cookout alliance from Big Brother 23, passionately defended Taylor, which is not surprising, given that their goal was to crown the first black winner of the show. Black participants, especially black women, have been mistreated by Big Brother for a long time, and Yes’Vonn Rogers and Bailey Dayton, graduates of the game who fall into this category, shamed other Big Brother guests for bullying Taylor.

“Big Brother 24” started very hard, fans and alumni called for the show on behalf of Taylor. It is still unknown why Taylor became a punching bag for other guests, but it is clear that they want her to leave for personal reasons, not for the game. After the Big Brother 23 Cookout, it’s very frustrating to see how the guests targeted one of the few women of color and made her unhappy. Houseguests such as Paloma, Jasmine, Daniel and Monte will have a rude awakening when they leave the Big Brother house, while Taylor will be world famous and loved.