Home Entertainment Big Brother: 10 quotes that summarize the finalists of the show 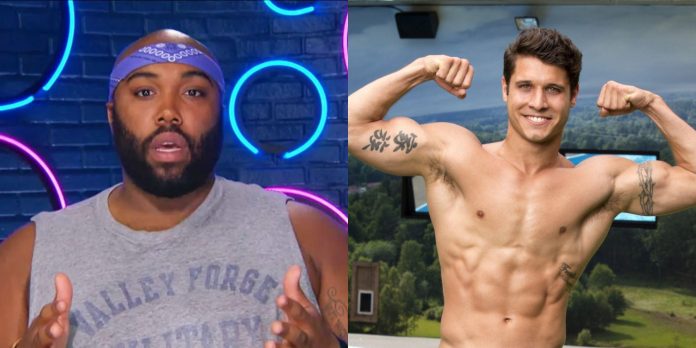 Throughout Big Brother’s storied history, it has amassed a number of worthy and memorable winners. The future of season 24’s contestants is still undecided, however, some of the most notable characters from the show just missed the ultimate prize and came in second. Each runner-up blessed the viewer with their own personality and style of gameplay.

The group of second-place winners is comprised of returnees, future all-stars, and one-time players. In some cases, viewers were clearly able to grasp their strategy and could explain why they did not come away with the grand prize, and in many instances, everything they said reflected the best and worst of their gameplay.

“How dare you tell me it’s my fault”

Big Brother 6 was a great season that helped the show boost in popularity, and Ivette was one of the best personalities on the show. This moment comes from the end game when Ivette was having an argument with April.

Related: 10 Best Quotes From The Season Premiere of Big Brother 24

What made Ivette perfect for Big Brother was she was a loud person that did not hesitate to say what she felt. This argument with April could have been the reason she lost the final vote to Maggie. The final vote to decide the winner was very close, as Maggie beat Ivette 4-3. It is possible that if Ivette never says this and blows up at April, April might have voted for her in the end.

“They never banked on us ever coming together”

Big Brother 7 was the first all-star season of the show, and Erika was part of the Chilltown alliance that ran the season. What she might be most known for, however, is turning on the guys of the alliance with Janelle.

It took all the way until the final four for Erika and Janelle to compare notes and find out that Boogie and Will had been playing them both. After coming to the conclusion that the guys were looking out for themselves, they made a goal to get both guys out. Their team-up was a surprise to most viewers. Unfortunately for Erika, she would not have won no matter who she was sitting next to at the end, but her working with Janelle was fun to see.

“She didn’t win one damn thing the whole game. She rode coattails and you’re in the final four”

Big Brother 11 is mostly remembered as the season where America was introduced to Jeff and Jordan, but that season’s runner-up Natalie was a large topic of discourse. While members of the jury were discussing the remaining houseguests, Jeff said this is in regard to Natalie’s gameplay.

Natalie’s strategy was to lie about her age and tell the other houseguests that she was 18 when she was actually 24. She tried to put on the charade that she was this weak little kid, so she did not try very hard during the competitions. Hence, Jeff is upset that she is still in the game at this point, and this quote sums up her time in the Big Brother house.

“It’s getting crazy in the house now, no one’s talking, no one’s looking at each other. You can cut the tension in here with a knife.”

Lane was the runner-up on season 12 of the show and was a part of one of the most dominant alliances in the show’s history, The Brigade. Lane said this during week 4 of the show when tensions were at an all-time high.

This does a good job of illustrating what Lane was good at, which was observing the power dynamic in the house. Lane knew that no one was targeting him at this specific moment, so he decides to lay low and just observe the drama. All of this is said with the classic southern charm and excitement that made him a fan favorite.

“I may have a future in sales selling ice to Alaskans if I can pull this off.”

It is hard to believe that Dan’s best game was when he came in second in Big Brother 14. Dan uttered this hypothetical statement right before the veto ceremony the week of the famous Dan’s funeral.

This statement exemplifies what made Dan so great at Big Brother, especially this season. He made other house guests believe whatever he wanted them to. He got Jen to use the veto on him after everyone wanted him gone and made Danielle use the veto on him so Dan can vote out Shane at the final four. Dan was able to mist everyone… until it came to everyone else on the jury. Although he did not win this season, Dan has some of the most memorable quotes among past Big Brother winners too.

Cody established himself as a great player by winning Big Brother 22, but he first played on Big Brother 16. Cody’s sister Angelina said this when his family was interviewed on the show midseason.

Cody definitely held his own in the competitions this season, as well as aligned himself with the proper people. However, what he is most known for was his reputation of being overly friendly. He would cuddle up to just about anyone in the house and this played to his advantage, as he was never a big target for the houseguests outside of his alliance.

“Liz is a damn twin”

Big Brother 17 is not the best season, but viewers did appreciate it when CBS incorporated a twist that has only been done once before. The runner-up, Liz, was a part of the twin twist that season, however, Da’Vonne was able to figure them out rather quickly.

Da’Vonne said this about Liz in only week 2. Liz and her twin, Julia, immediately had targets on their backs when the truth was revealed. She also had a showmance with Austin that season, which makes her an even bigger threat. Liz played a great game and she may have won the whole thing if she did not have to worry about her twin sister for the first few weeks.

Paul is a historic figure in Big Brother, as they are the only houseguest to come in second twice. The reason they did not win can be summed up in a quote from a juror from Big Brother 19 named Mark.

Related: 10 Worst Game-Ending Mistakes Players Ever Made in Big Brother

Paul played two similar games, as they found a bigger threat to latch on to. However, they did not factor in the very important concept of jury management. All of their lies caught up to them, as the jurors felt very belittled and felt as if they lied just to make the jurors feel stupid. After discussion, both juries felt Paul was undeserving of the win.

“I got more coverage than an insurance company right now”

Enzo came in third on Big Brother 12 but was the runner-up on the second installment of all-stars. Enzo was one of the best players this season. His biggest strength was his social game, which is summed up in this quote.

Enzo said this after a very hectic eviction. He was playing out all the possible scenarios and realized that whoever is in power next, will not be coming after him. Enzo was always so good at getting people to like him and never got on people’s bad side, which was why he was an all-star.

Big Brother 23 was a historic season as a secret alliance of 6 made it to the final 6. Derek F, or Big D, was a part of this dominant alliance but was never that important of a player.

What Big D struggled with the most on the show was saying who he was going to evict. Each week he always combined the words ‘evict’ and ‘vote’ to create ‘evote’. Big D had a good social game and everyone liked him, but just could not persuade the jury for their votes over Xavier. Nevertheless, it was always an adventure when Big D stepped into the diary room.

Quarry: location of all evidence