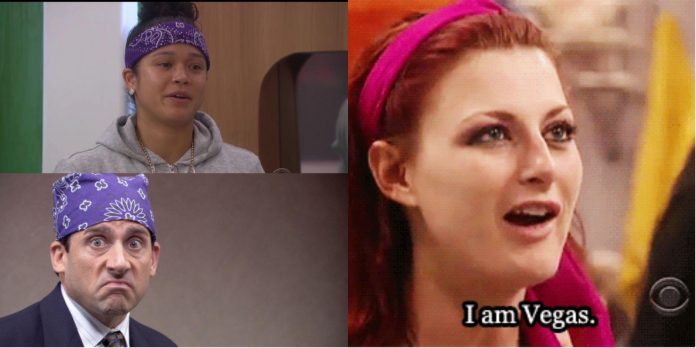 Season 24 of Big Brother is officially underway, with 16 brand new houseguests entering a battle of endurance for a grand prize of $750,000 dollars. The show’s dedicated fanbase loves adding to the fun of the show by discussing their favorite houseguests, even going as far as making hysterical memes about them.

Naturally, the winners of each season are among the most memed houseguests. They are in the house for the longest, giving viewers plenty of content to poke fun at, and are usually a part of iconic moments if they made it that deep into the game. Some of the funniest memes feature one of the 23 ex-winners. as well.

Dr. Will Kirby became a reality television icon over his time on Big Brother, but his most recent appearance fell a bit flat. He declined to appear on the show’s second all-stars season in 2020, but did make an appearance as part of the season’s new “neighbor” twist.

As the meme shows though, not much happened. He did not appear again, and the twist didn’t really change anything or have much of a presence on the season. Still, Dr. Will showing his face was a nice surprise, and even if his job was quick and easy, he still did make at least one episode a little bit better.

Season 10 champion and season 14 runner-up, Dan Gheesling, may not be pictured in this meme, but without him, it never would have been created. The master strategist turned both of his seasons into Big Brother seasons remembered for their cutthroat strategy, and his fake funeral in season 14 was one of the best moments.

Trying to convince the house that he and Danielle were no longer aligned, he made her cry in front of everyone by saying she betrayed him. Her reaction was genuine, as she was not clued into his plans beforehand, and her immediate reaction looked very familiar to some.

Rachel Reily was incredibly charismatic and perfect for TV, evidenced by her becoming one of the few Big Brother contestants who went on to act in other shows. One of her most iconic off-the-cuff comments from Big Brother was on her original season (12), where she also met her future husband Brendon Villegas.

Entering the house as a cocktail waitress, Rachel made it known she was proud of her background in Vegas, going as far as calling herself Vegas. Ironically enough, her showmance had a last name that sounds strangely similar to her city. The two remain together to this day, turning her from Vegas to a Villegas instead.

Ian Terry is widely recognized as one of the best Big Brother contestants of all time by avid fans, having won season 14 and then making it to jury on season 22. His accolades are strong, but he has also had to deal with some adversity and unfair criticism.

His face, resembling an expression someone would give when they’re thinking “I’m tired of this” perfectly sums up his dilemma. He did take home $500,000 dollars after winning season 14, but many believe Dan Gheesling should have won instead. He also won a transitionary season of the show as it changed from old to new school, so his legacy is often looked over. Poor Ian.

Derrick Levasseur steamrolled his way through season 16, with many viewers even pointing to him as the architect of how modern Big Brother is played. His influence on strategic decisions and social choices is obvious, but his trailblazing in the fashion industry also deserves respect.

His fashion choices often included a pair of trendy looking “hipster glasses” paired with a winter beanie in the middle of a Californian summer. Plenty of future houseguests took his lead, also opting to wear the recognizable attire. Vanessa almost was able to win her season with the same style, but ultimately came in third, leaving Derrick as the only icon who was able to both pull off that style and win the grand prize.

Season 22 of Big Brother, also known as the second edition of Big Brother All-Stars, was a huge letdown to many fans. There was not much drama after the first few weeks, with the large Committee alliance dominating the house, as well as some casting letdowns. Fans of the show had to come up with their own season theme to cope with this, and the Summer of Steve may be the best one.

Steve Moses was the underdog winner of season 17, staging the improbable upset over Vanessa Rousso. Joining him on this fantasy season would be Steve Arienta, a day one boot who has become somewhat of a cult icon to fans of the show. Nobody knows what these two gentlemen would be up to in the house together, but it surely wouldn’t be any worse than what fans actually got with season 22.

Nicole Franzel is one of the most distinguished houseguests in Big Brother history, having appeared three times, making it to finale night two times, and winning once. She is extremely popular from her time on Big Brother, as seen through her number of Instagram followers. The BB Comics veto competition is a fan favorite for showing off the personalities of the cast, but Nicole got the short end of the stick.

Nicole “won” the honor of wearing themed costumes on all three of her seasons, and those costumed weeks are seemingly what the cartoonist most remembered about Nicole. She was, fortunately, able to claim a hard-earned victory in season 18, helping her be remembered for something more flattering.

Season 19 of Big Brother is not one that many fans like to reminisce over, but there was at least one redeeming cast member. Season champ Josh Martinez was a reliable source of entertainment and drama on both the show and the live feeds, with his personality always shining.

RELATED: 10 Best Quotes From The Season Premiere Of Big Brother 24

Demonstrated by Bart Simpson in the above meme, Josh was known in the house to have some obnoxious highs, and then saddening lows. One of his most iconic scenes was him banging pots against each other to agitate his houseguests, while he was also known to show emotion and cry often in the stressful environment he was in. The Simpsons is notorious for predicting future events, so this meme isn’t be too surprising of an allusion.

Kaycee was known for always rocking stylish headwear while in the Big Brother house, and her purple bandana looked as if it was inspired by the regional branch manager of Dunder Mifflin Scranton, Michael Scott. One positive Kaycee can take away from her time in the BB house (aside from her winning) is that she did not have to deal with dementors.

Jackson’s reputation is not a good one in the Big Brother fan community, as his bullying, cheating, and distasteful and prejudiced actions left bad memories of him. Among the more harmless charades he pulled was his refusal to adhere to the rules of being a “have not.”

This involves having to eat slop all day, but Jackson snuck in bites of food, most notably watermelon, all the time. He clearly didn’t do that good of a job at hiding it, as this Arthur-themed meme shows that the audience was well aware of his unsportsmanlike conduct.

Hayden Panettieri Talks about Overcoming Opioid and Alcohol Addiction: “I have...